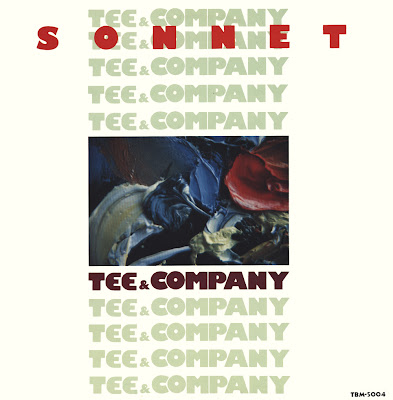 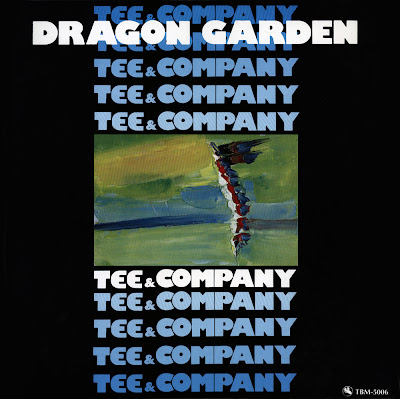 The first in a series of three LPs from Tee & Company - Thanks to Nick! 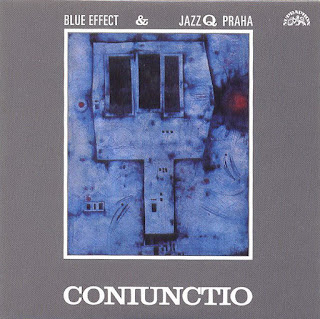 Coniunctio presents eary freejazz-oriented version of Jazz Q with Jiří Stivín in experimental fusion with progressive rock group Blue Effect. Music sometimes reminds expanded Soft Machine from Fourth album. With Stivín's departure shortly after this recording, Martin Kratochvíl changed direction of Jazz Q towards electric jazz-rock, Blue Effect continued in its progressive rock (or art rock) vein and also made 2 albums in fusion with Czechoslovak Radio Jazz Orchestra - New Synthesis (1971) and New Synthesis 2 (1974). All of these albums were issued on separate CDs during 90's (now out of print) and are part of Blue Effect 9CD box 1969-1989 (Supraphon 2009), from where is this taken. All later Jazz Q albums is now possible to buy as mp3 or flac download in new Supraphonline web shop, but at the moment this page has Czech version only in both language and payment possibilty. 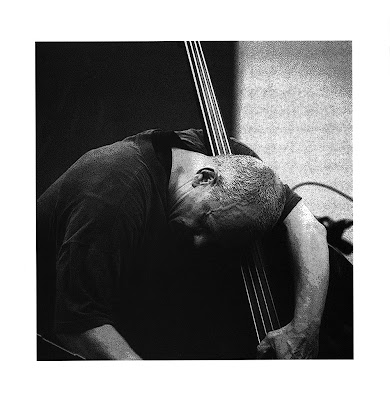 I had thought about posting this marvelous solo concert for some time but Nick got it apace of me - so here we have his rip of...:

Side A: Untitled
Side B: Untitled


Recorded live at the Central Michigan University, Mt. Pleasant, USA on May 17, 2000. 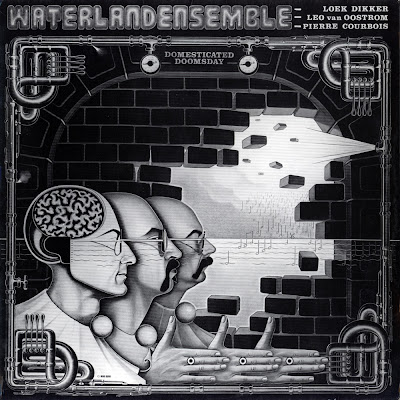 The title of this LP sounds to me like a prediction to our present world-wide situation - alas 'domesticated' isn't quite the right word for those "interesting" times we are experiencing.

Yet this is not the whole situation - otherwise there would be no music like the Waterland Ensemble has offered - lucky we are that Nick has ripped and sent it to us: 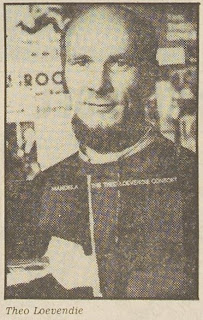 With all the recent postings of Theo Loevendie, I thought I'd hit the archives to seek out this set from 1967 which was aired on Dutch radio. A trio setting, Loevendie tripling on soprano sax, bass clarinet and piano. This was one of many tidbits from the early days of European free jazz uploaded to Dime in late 2007 by "sammler KK". A true treasure trove of rarities. More to come! 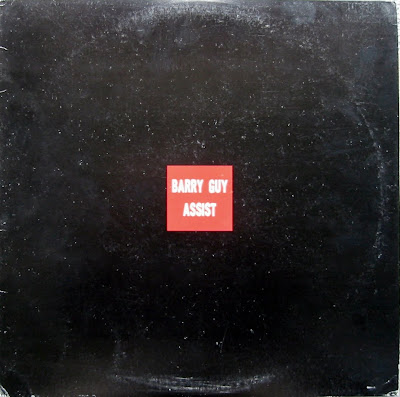 I have posted this elsewhere more than one year ago.
Realising that the link was deleted yet the files were still on my hard disk I thought you might enjoy it. 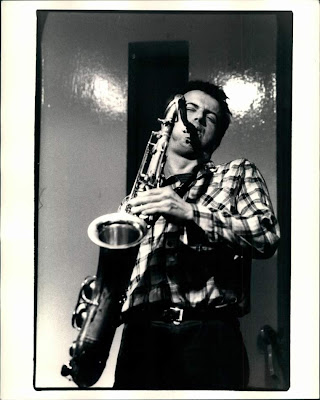 Simon Picard is mostly known through his contributions for the London Jazz Composers Orchestra.
Yet there's one album from this trio on Intakt "News From The North" - sadly it seems OOP.
For more information please visit here


Below you'll find Andy's most recent contribution to your trusted blog ...: 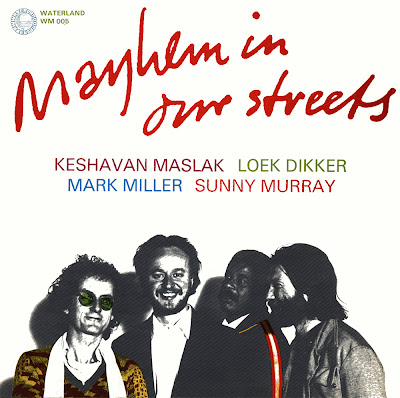 KESHAVAN MASLAK "MAYHEM IN OUR STREETS" 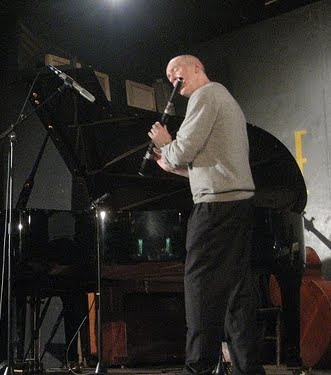 An all too rare recording with Neil Metcalfe - preserved for your ears and brains by Andy! 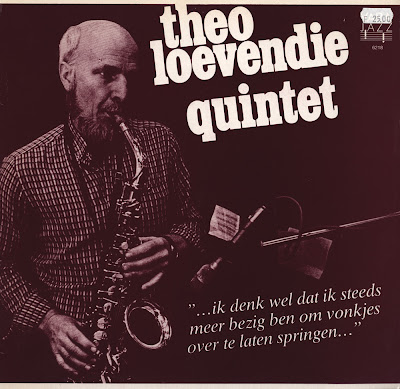 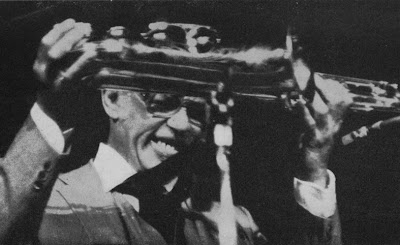 To complete the evening of July 6 in La Spezia, a great concert by D.Gordon. 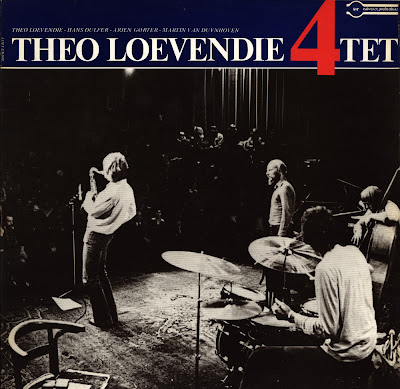 From Nick's ongoing generous contributions to IS I've choosed this live recording as the first...from six...

Note: No tracking as the songs most of the time merge.. 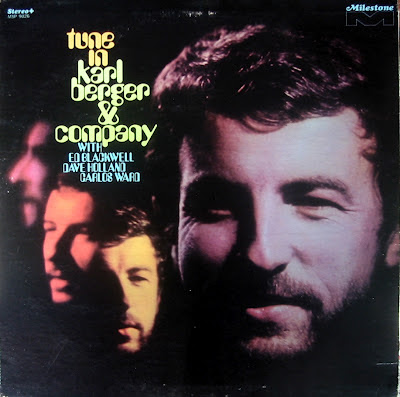 Terrific playing from Karl Berger & Company - check it out! 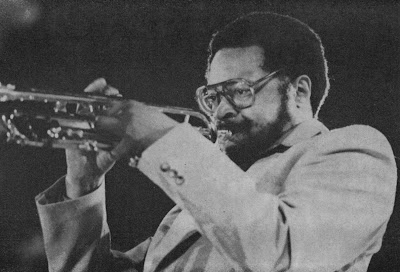 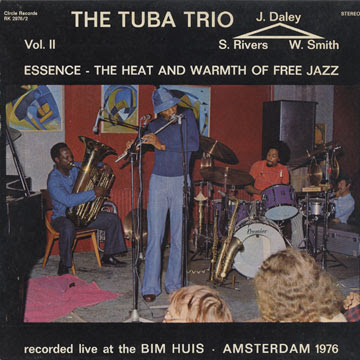 Finally a proper post of the complete concert (almost!) - THANK YOU GLMLR !
In the correct sequence and pitch-corrected - this is part I - IX > part X you'll find here

This rip is identical to the one which was first posted on Church Number Nine in early 2007, except in that this is now in flac, whereas the earlier post was in mp3. The same original wav files were used for each post.

This, I thought, was nonsense, so here (as on the earlier C#9 post) I have changed the sequence back to what the musicians originally played. Consequently, what is posted here is: 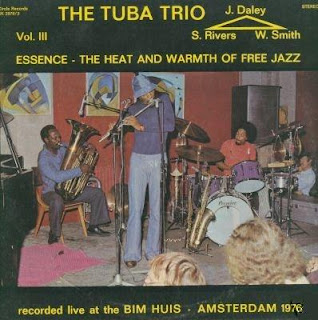 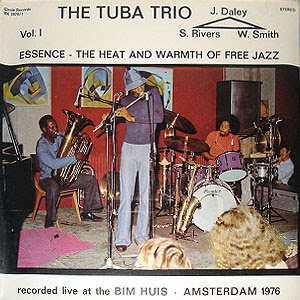 
Essence - The Heat and Warmth of Free Jazz - Parts I-IX


(Two encores, parts X and XI, were released on separate compilation LP's on the Circle label). 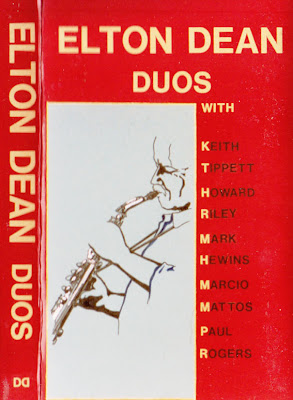 Note: Elton issued them himself only on cassette (ED Tapes). 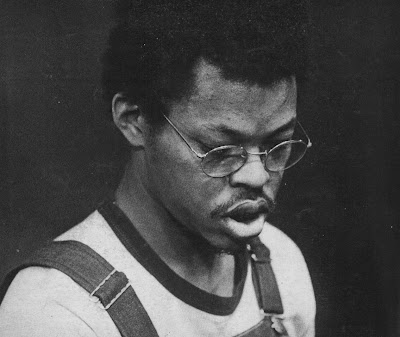 One of the earliest performances of "Homage To Charles Parker". 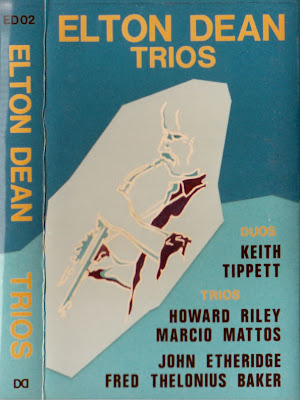 Never heard about this (and an upcoming one) cassette - I'm very grateful - Thank you Andy!

Note: Issued by Elton Dean himself only on cassette (ED Tapes). 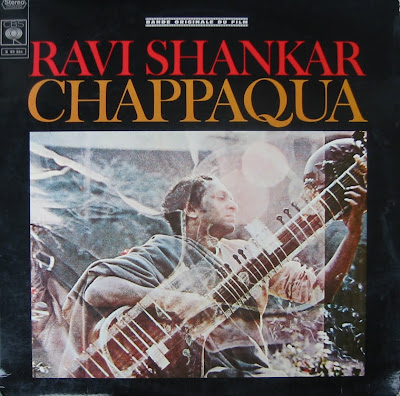 Fond memories... - before I even knew about Ornette Coleman's "Chappaqua Suite" I bought this LP as a teenager. The cover was the reason I spend my little money.
When I got to know Coleman's version my copy of the Shankar LP was already gone...
Some weeks ago I found it second-hand for a few bucks and enjoyed it again after more then thirty years...

A jazz inflected soundtrack for the movie from Conrad Brooks - no information about the musicians on the cover except: 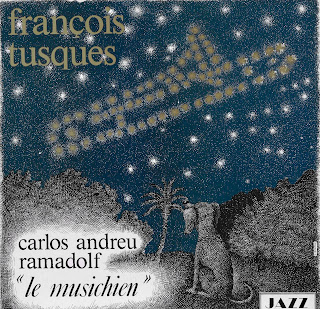 Regular followers will probably know of my abiding love for L'Intercommunal. Over the last few years I've posted all four volumes of Intercommunal including the homage to Jo Maka. Last year I managed to locate "Apres la Maree Noire" which added two bombarde players from Bretagne and this year, I managed to find what must be vol. 6 from the early 80s. I don't think there were more Intercommunal coming after this one.

Here we have two long slabs, covering a full side each, not unlike African records of the time. Lay down a riff and a solid groove underneath, put some vocals and horns on top and keep the show going for as long as there is any breath left. On this, we have some of the crew from the early days, Catalan vocalist Carlos Andreu, the two bombarde players, regular jazz stalwarts Bernard Vitet and Jean-Jacques Avenel and Tusques and the rhythm section keeping things moving briskly along. Not a very uptight set, this one, definitely one for the Mediterranean and further south. Somehow the vibe got me thinking of Rascals' "Peaceful World" which also lasted a full side - a very mellow world at that.

We just might have a little more Tusques coming up ... 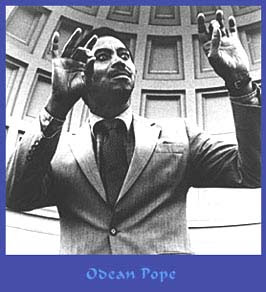 "The saxophone choir is formatted with nine saxophones, and was established by Odean in 1977 and premiered in 1985 with a Soul Note album called “The Saxophone Shop.” The saxophone choir has been the realization of his southern legacy; a medium for creating the richly textured harmonic sound that has permeated his musical soul since childhood." 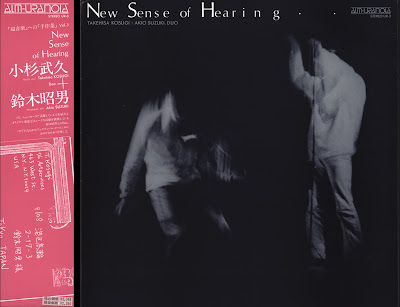 This is the concluding post of the Alm-Uranoia thread... 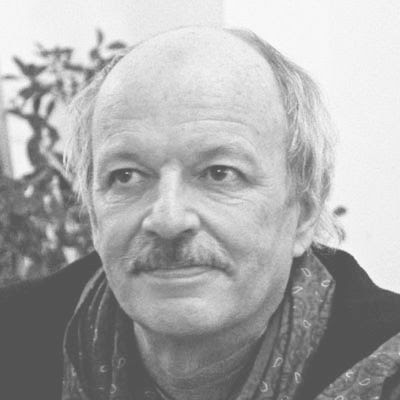 This is really a great recording!! Say thanks to Andy who again proofed his generosity!


Note: This was recorded one day prior the group went into the Protocol Studio for the album "Bladik" (Cuneiform Records Rune 92).
Go and get ya one - as I will do!! 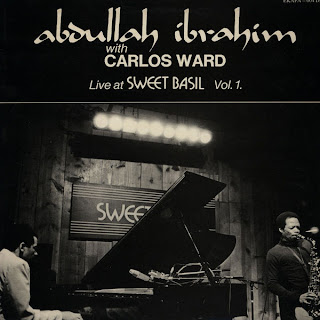 Here's another follow-up to an earlier post. A while ago we posted a set of these two gentlemen recorded at Kalisz in Poland in December 1984. Fourteen months prior to the concert in Poland, they recorded this set at the Sweet Basil in New York in October 1983. The promised Vol. 2 has never appeared.

As with the former posting, this is lyrical, melodious, beautiful, tasteful; whatever adjective you want to apply to this set. As pieces pretty much run together, sides A and B are ripped as two separate files.

Thanks to Robert aka amnesia for supplying these sides. 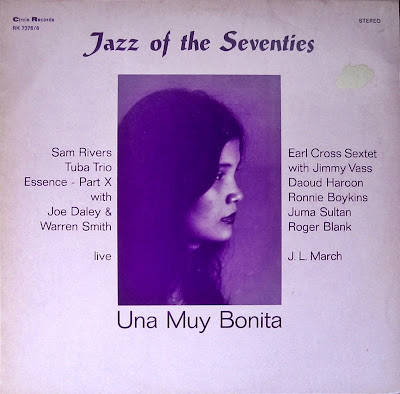 Some weeks ago I relistened to Noah Howard's "Black Ark" - again Earl Cross impressed me with his wonderful playing.
I started a reasearch about reccordings with/from Mr.Cross - there are very few and less are available.
Thanks to W. who kindly borrowed me this LP we are now able to enjoy one of the rare appearances of the trumpet/fluegelhorn player extraordinaire: Earl Cross!

As a "bonus" the LP contains a song of Sam Rivers Tuba Trio....three LPs from a concert at the Bimhuis were released on the german (Cologne) lable Circle - this is not the concluding track.
For "Essence XI" we would need "Sam Rivers/James Newton - Flutes" also on Circle Records...

Does anyone have the first three LPs?


Recording of the Tuba Trio track at the 2nd of September, 1976 at the Bim Huis, Amsterdam.
The Sextet was recorded at the Wollman Auditorium, during the New York Musicians Festival on 3rd July, 1973. 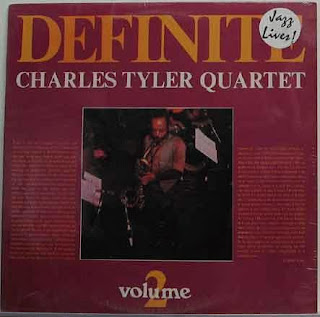 We posted vol. 1 of this set recently and glmlr was generously able to supply us with a digital copy of vol. 2, which we post hereby.

I have always been a fan of Tyler. There is something intangibly melancholic sweet to his tone which resonates with me and of course, his compositions also have that undefinable quality which endears him to me. I guess my favourite album is the "Eastern Man Alone" which has Tyler with one cellist and two bassists. A somewhat unusual combination, for sure, but one that works, at least to these ears. His 70s output is fine as well and what we have on offer is an early 80s concert at Fasching in Stockholm, Sweden.

As always, Tyler switches between alto and baritone on this redording and the A side features him on alto and the B side on baritone. Personally, I have a preference for his alto as I find it to be more expressive, but the gruffer, more abrasive sound of his baritone brings out another side of his musical personality.

All in all, essential listening IMHO.

We have posted some further Tyler in the past, but I don't know whether the links are still operative.

B1. The mysteries of the dark blue depths of the pale blue planet
B2. The legend of the lawman