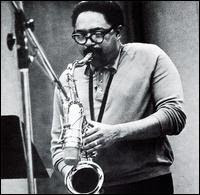 Here are two shorter recordings from the 1960s made in the Vara Studios.
Recently I became (finally) aware that the Vara Studios in Hilversum (Netherlands) were the location for many  important recordings. I do not know anything about it - but maybe someone can shed some light on this topic. Also Gilius van Bergeijk is almost unknown to me. He was born in Den Haag on November 7, 1946. Today he is working as a composer but in the sixties and seventies he has worked as a Jazz musician. Peter Brötzmann and the glorious ICP were then stations in his development.
Booker Ervin needs no introduction...the same goes for Han Bennink....... 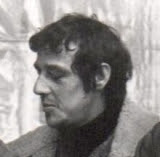 All compositions by Gilius van Bergeyk. 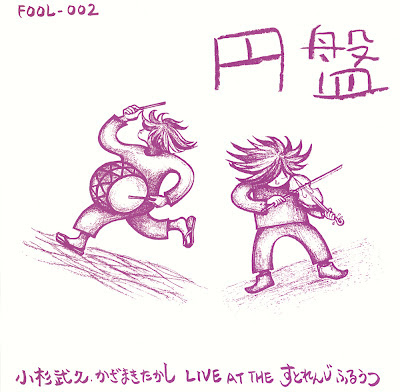 Two more albums with Takehisa Kosugi - out of Nick's vaults. See the post below and there's another one with Kazamaki to be found here

Recorded live at The Strange Fruit on 19th February 1983. 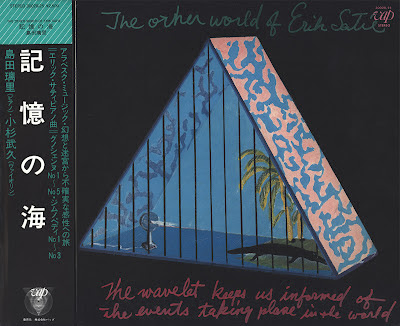 RIRI SHIMADA / TAKEHISA KOSUGI "THE OTHER WORLD OF ERIC SATIE” 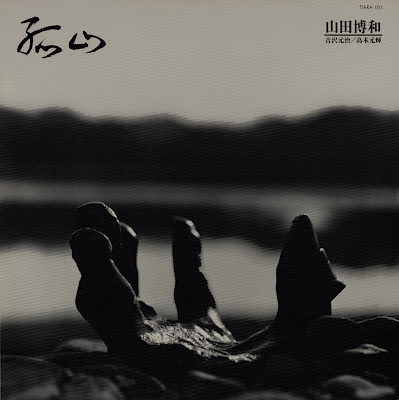 I've no informations about Hirokazu Yamada. But Motoharu Yoshizawa and Mototeru Takagi are founding-fathers of japanese Free Music. My thanks goes to Nick for this and the music from the post below (Kosugi solo). 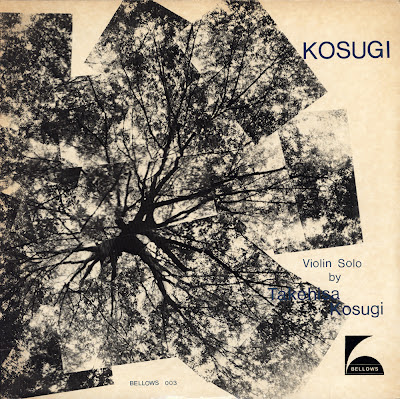 
Improvisations by Takehisa Kosugi. Each set was divided into three parts, using three different violin bows in turn. Soundscape I includes only the first two parts. 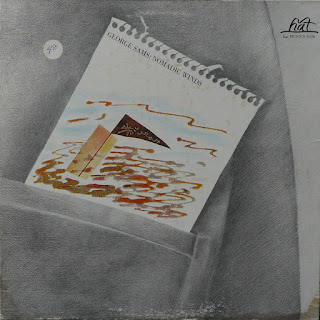 Following up earlier postings of the first two albums by United Front as well as Riccardo's posting of their set  at Moers in 1979, here is a solo album by George Sams, the trumpeter of the group. The title track was also featured on their second album "Ohm - Unit of Resistance" and the live set. New here is India Cooke on violin, Andre St. James on electric bass and Abdul Waahid on percussion. Anthony Brown joined UF by the time of their second album and George Sams assumes piano duties on the title track.

Perhaps not as swinging and boisterous as the United Front albums. I sense more of a subdued and wistful ambience on this record, possibly having to do with the presence of the violin. Sams engages in tortuous sounds on the track of the same name (not unlike Lester Bowie), supplies yearning piano chords on the title track and mixes trumpet in with the chamber group feel on the final track with light percussion added, hinting at worlds and continents beyond the American west coast. All in all, a beautiful listen, I thought.

Thanks to Arcturus for supplying this fine thing. Not available on cd. Further background in the info files.

On a very, very sad note I have just received the very sad news from fellow blogger Igor that our dear Riccardo Beduschi passed away last Tuesday. The cause of death was a heart attack. Igor received an email from Riccardo's friend Ilario Rozen which I'd like to quote in extenso:

"Hi Igor,unfortunately our friend Riccardo died because of an infarct on last Tuesday. Inconstant sol is his creature too and I think he must be remembered on our blog. He is a real friend and a real jazzman.

Unfortunately I can write just a comment, so if you could write a post on the top of the blog to give this bad news as soon as possible, it'll be a special present to honor his memory. I'm very very sad for this news, and I hope all the blog will participate to our bereavement."

Igor handed me the task as I'm one of the admins of this blog.

So, on behalf of Onxidlib, Sotise, Wallofsound and other contributors to the blog over the years, I'd like to record my deep appreciation of Riccardo's unique offerings. He made his own recordings, many dating back to the 1970s, and he was very much active right up to the last days, travelling to the Saalfelden festival and recording the Mary Halvorson Quintet which was posted here recently. He promised more in the near future, but alas, that may never come to light.

As we are based in different countries, even on different continents, I did not know Riccardo personally, so there is not much I can say. I would, however, like to express my deep condolences to Riccardo's relatives and closest and to all others who knew him.

I would also like to ask followers of the blog who have enjoyed his many contributions over the last few years to record their appreciation and to honour his memory in the best way they can. Comments are free.

May he rest in peace.

on behalf of Inconstant Sol and the music blogger community

Update: Ilario has kindly provided me with this picture which I thought was very fitting. It depicts a group of jazz fans at the Moers festival in 1979. Riccardo is on the upper right, carrying a recording device in a shoulder bag, looking serious and very focused. A man with a mission in the middle of field work. The second on the left in the bottom row is Luigi Zanon, whose photos Riccardo would occasionally use to illustrate his posts. I understand that some of the others in the picture are also no longer with us.

And as regulars may have noticed, one of Riccardo's last posts was the United Front at the Moers festival in 1979. 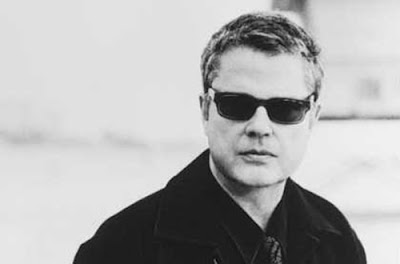