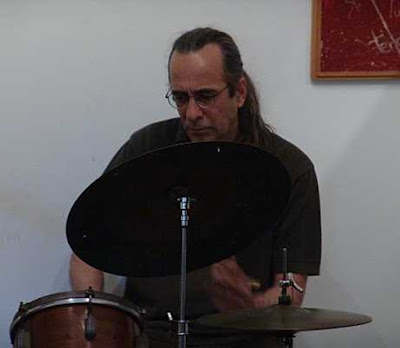 Got these two cassette rips from a friend a few days ago. I was alerted that the recordings contain some digital artifacts but haven't found much of it.
Enjoyed the music (what else...!) and I'm especially delighted to have some more sounds from the rarely recorded Earl Cross.

Amazing, Ernst! Thank you very much.

Is there more info about the Stork label somewhere? Can't find anything.

Stork is mentioned in this article about Marco Eneidi: http://www.pointofdeparture.org/PoD57/PoD57Eneidi.html

Late to the party...many thanks Ernst!

Many, many thanks Ernst