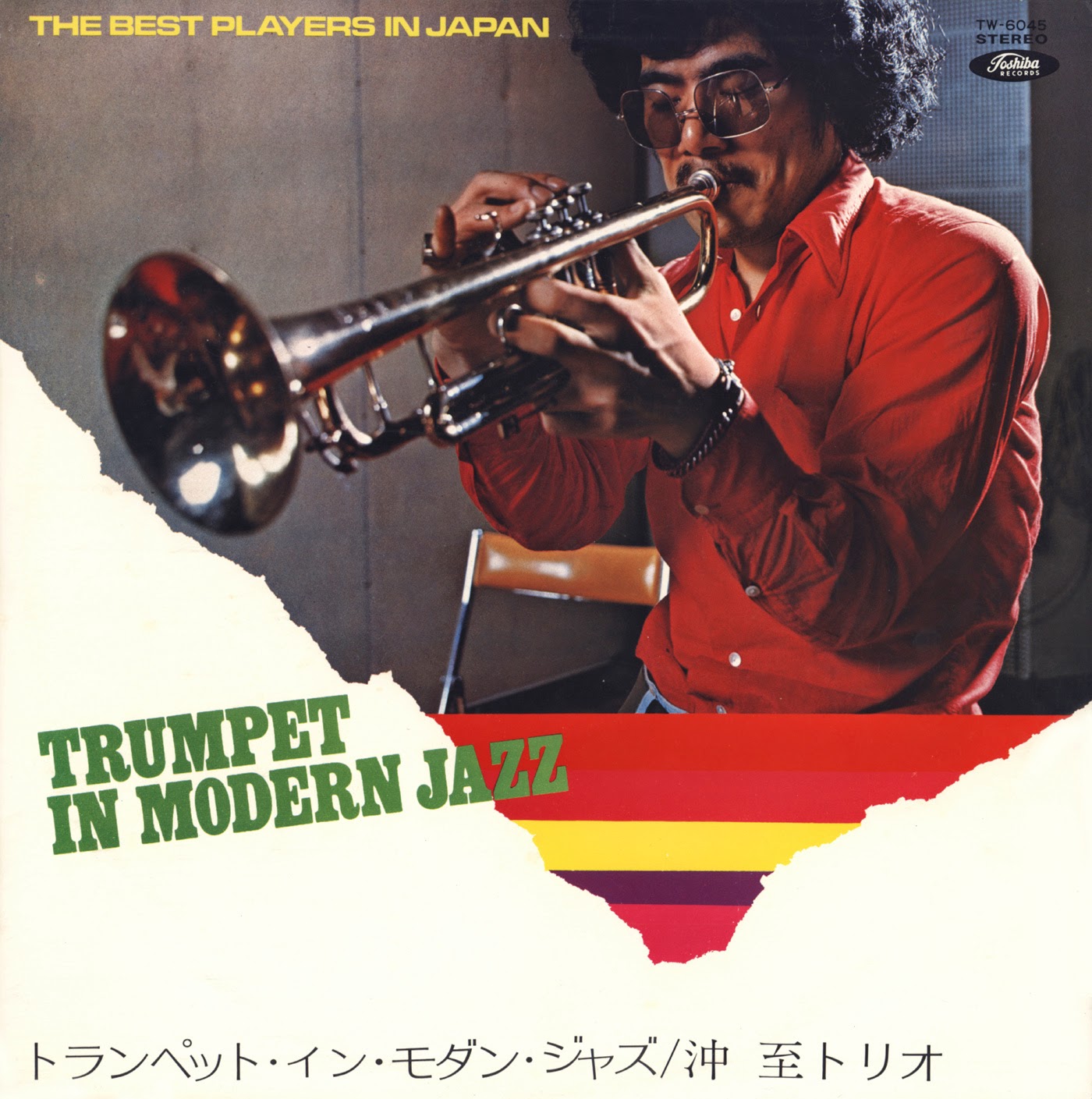 All compositions by Itaru Oki, except A2 (Walter Gross) and B3 (Luiz Bonfá)

This is an all time favourite from Itaru Oki, from the early days of Japanese free jazz. There were a rush of tracks that they released around this time :-

Mood, recorded live Shibuya Public Hall, on April 30, 1970 and included on "Sensational Jazz '70", which was recently re-released on CD by Columbia and available at Japan Improv (with other tracks by Mototeru Takagi, Masahiko Sato, Terumasa Hino, New Herd, etc).

This all preceded a live recording of October Revolution, on Inspiration & Power 14 Free Jazz Festival 1, from 1973.

This LP was in a box set of 10 LPs by Japanese jazz artists. I think it was mainly sold to people buying Toshiba audio equipment.

Great, historic music and 40 years out of print.

Wow - although I have to work today you've made my day.
Finally I can hear this very elusive LP. So thank you Nick for your generosity.
Cheers!

Oh, these covers... Nothing like the music. Thanks, Nick!

sublimely, exquisitely and gently, great stuff, thanks much, Nick!

Beautiful! BTW, All my computers and TVs are from Toshiba!

But are they the best computers and TVs in Japan?

Not 40, but 45 years out of print! It's not my fault folks, really, I tried hard. Tracking down the rights was a nightmarish task. Not obtaining them as well. To hell with it... Enjoy.

Anyway, the Japanese well of obscure insanities from the past is not dry, and mark my words, we'll come back with a revenge.

the links seem to be down. any chance of a re-up? many thanks

thanks onxidlib, traffic must have just been exhausted. cheers

Thank you buddy, today only the 1fichier server works.

Could you please reup this? Thanks!

Thanks a lot Ernst!

Wath a gift, Ernst ! Happyness of the day