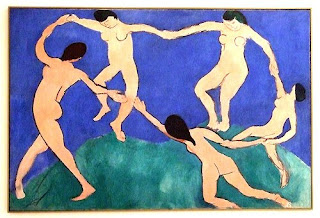 (The record is indeed grammatically mis-titled, as above).

The first of two Circle releases which were inexplicably issued only in Japan, initially on vinyl and much later on CD.   Why this music was never issued in Europe or the US is a mystery to me.  Can anyone throw some light on this?   This rip is taken from the original Japanese vinyl, CBS Sony SOPL 19-XJ.

By early September 1970, Corea and Holland had both left Miles' adventurously electric band, and quickly settled into acoustic free jazz territory.   After a brief studio fling which  month which produced "The Sun" LP (with Liebman, Grossman, DeJohnette and others),  they cemented themselves with Braxton and Altschul, and Circle became the focus of their joint activities over the following 9 months.  This concert features two side-long Circle staples:  Dave Holland's "Toy Room - Q&A" and the standard "There is No Greater Love".  Both pieces will be familiar to Circle fans but, as ever, these interpretations are intriguingly different. Classic Circle trademarks are all here in good form:  Corea's propulsive piano, Braxton's Chicago-inflected blues, Holland's melodic hold on the roots and Altschul's meticulously tuned percussion.   And there's a little "fly in the ointment" - on side B behind Braxton's alto solo, either Corea or Holland double up with him on …  flute?  oboe?  musette?    A teaser for your ears.

Thanks for sharing this. According to a Circle discography, "Circle: Live In Germany Concert" was recorded at Parktheater Iserlohn in Iserlohn, Germany. Track listing:
Side A:
Toy Room/Q & A (Dave Holland) 28:13
Side B:
There Is No Greater Love (Marty Symes, Isham Jones) 21:32

glmlr -
Many thanks for this one.
It's still coming down the pipe - but am already anticipating enormously..

-and thanks to tantris for pulling the levers -
(WAV eh? - I'll switch to a nearby PC..and off of this Mac)

Thank you! This is one of my favorite bands, and I've recently been getting back into this "classic" Braxton period.

Thank you, gentlemen. And greater thanks to Tantris for his decision to put this, as well my previous Circle post, up in totally uncompressed .wav format. I realise this involves a lot of downloading, but in the case of great music issued on what is now rare vinyl, and unissued on CD, I feel the music deserves it. Flac is very good, unquestionably better than mp3 at any number, but it is also not good enough, at least to my ears. It's a compromise, and I hope that there are some moments when I. Solers will agree that some of the music we love does not deserve to be compromised.

the medium is a compromise - the art itself is not compromised whatsoever. they cannot be handcuffed together like that.

that's the brief case for the other side, so in other words no, we will never ALL agree on this issue. hope everyone enjoys the post, someone give me a nudge when the mp3s arrive - 192'll do fine ;-)

Hello, i put a link to Inconstant Sol in my blog (meiosdeproducao.blogspot.com). If you do not want that, please tell me
Thanks
Simages

WAV files are actually a bit easier to convert to other formats than flac (in my experience, anyhow). You can just drag the files into itunes, right-click (or on mac ctrl+click), & select "Convert to mp3." Using the Preferences tab you can change both format & bitrate.

If like glmlr you prefer the WAV format, itunes will play it no problem.

Regardless -- thanks again glmlr for all this Circle stuff!

On the other hand, if people are having difficulty with the conversion (or are itunes-phobic), I'd be happy to post my 320 conversion. Just leave a comment here & let me know.

b, no technical difficulties here, merely a matter of preference - but sure, if you want to post an mp3 copy i'll download it and i imagine a few others will too...!

for those who prefer their music lo-fi (sort of), here is the above in mp3 format @320:

Why was this (and the other CBS/Sony Circle release> hope that's forthcoming!) never issued in the US or Europe? Well, as I recall they were pretty limited in release in Japan, many of us tried at the time to import them, but no luck. But hey, how many Paris-Concert's did ECM sell at the time...?

thanks - to all three of you for your various roles in getting this out. i quite enjoyed the music, not so much the second piece -although altschul was flying - but b's solo is worth waiting for, startling to remember he could already play like that back in 1971.

wildgrebe..thank you for visiting, would be a pleasure to reciprocate.
thakx for all your fine shares.

Thanks a lot for this upload! I'm enjoying very much what you are posting here.
Just a short note in regards to wav/flac issue: you may prefer wav to flac while you listen to it on your gear, and this is totally personal decision, no argue here.
However, flac made out of wav is a bit-perfect compressed copy, only half the size. You can decompress the flac, and it will be identical to your original wav file, bit to bit.
So for downloading/uploading purposes, flac really is better, due to its smaller size.

Yes, I think flac would be perfectly adequate. I do rip vinyl to wav and keep those as master files, so to speak, but for posting, flac and mp3s are used to keep the file size down. But your ears are your ultimate guide, I suppose.

If you have the free FLAC program on your computer, you can easily convert them to .wav files. So what's the problem?

"Circle/Live In Germany Concert" is one of those recordings you only ever hear of. But here it is!! Thanks '1009' for the MP3 link; at my age the advantages of a lossless format vs MP3 is pretty much negated by the aging ears! Thanks to all.

I try to download the file from rapidshare, but it tells me "File not found".

Someone can help me, please?

PS Forgive me for my English

Original Poster for this concert.

Tantris, could this be reposted?

a while later, but I second Tantris request. I just got circle 2 - gathering, and it's brilliant. It would be nice to have the companion piece.

A repost would be much welcome! Thanks...

Many thanks, this was a great band, sadly short-lived.

I must chime in w/my thanks, as well. A very special group... under-recorded considering the level of the music.

Thank you Ernst, Circle was some of the first free jazz I got into. Circa age 16.