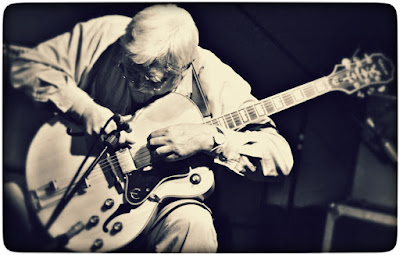 Sad: I learned an hour ago that John Russell has died yesterday.

I was lucky to see him in May, 2010 in Munich where he held a workshop and gave a concert afterwards.

I remember him as being an open guy with a great humour. Between two sets we've talked outside the club (we're both smoking a cigarette) and he told me several jokes - not only about musicians. Will miss him not only as a singular guitarist and musician. Still cherish these memories of a human being which impressed me not only with his musicianship.

John has a heart of gold. I will miss him greatly.