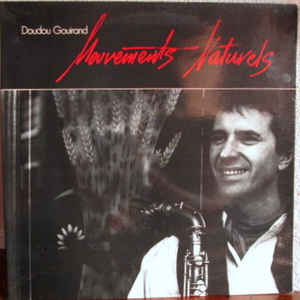 Doudou Gouirand is a french saxophonist who has started to record in the middle of the seventies. As side man he have worked with Pierre Dørge New Jungle Orchestra, Mal Waldron, Johnny Dyani, Okay Temiz’s Oriental Wind, Michel Marre to name a few. Some of those musicians are featured on his own albums. In 1985 he have recorded « Forgotten Tales » with Don Cherry on one track but this album is not so memorable in my opinion. Three years before he published « mouvements naturels » with some of the musicians previously mentionned + Chris McGregor on one track.

Thank you very much...

I got a problem with 1fichier this time - anybody luckier can upload to another host please?

From where I'm currently I can't help Milos so if someone else have downloaded this file and can satisfy the request it would be great. Thanks in advance.

My Sophos Home shiled still responds with this over the DL link on 1fichier: SSL_ERROR_RX_RECORD_TOO_LONG

Thank you very much, correct silence. I will listen in seconds. But, yeah, we transfer is not solving my problem with 1fichier, as I believe my Sophos Home shield - there is something wrong with some uploads or links on this host.

Nice album, despite I do not like Pierre Dorge on guitar somehow. Vinyl is pretty salty, but the Music is so pastoral :) Anyway colleague, would you mind to wrap sound and info files onto (correctly named) folder before zipping? It could save my time and decrease my impatience before I will finally listen...

Excited to hear this. thanks!

Hi Sotise, can you please reup this interesting piece. It'd be much appreciated appreciated, thanks

A reupload anyone, please

Thanks a lot Milos, much appreciated