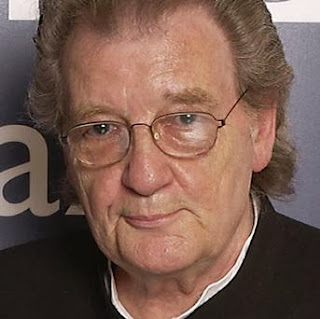 To follow up our previous posting below, here is some truly vintage jazz to commemorate the passing away of Stan Tracey on 6 December at the age of 86. We have selected to hone in on recordings done for BBC radio in the late 70s and the early 80s. At this point he kept a regular quartet which sometimes was contracted into a trio and other times expanded into a sextet, octet and even a full orchestra. For this post, we have two quartets and a trio with a slight variation in line--up as his son Clark Tracey came to replace Bryan Spring on drums. And for a contrast, I've thrown in a batch of the full Orchestra doing a superb set of Ellington covers.

These were recorded off FM onto cassette, digitised and uploaded to the dime torrent site by aw4, if I remember correctly. Mucho credits for invaluable preservation services!

Wonderful post and a great tribute to a great artist. Thanks, kinabalu!

Nice one kinablu. Thank you.

Thank you so much, Kinabalu. We miss Stan.

A nice tribute. Thanks.

Thanks. Stan always showed up to play and it is that simple.

thanks for these great groups. Stan Tracey was active touring at this time and I remember also an octet, which included John Surman.

A great way to remember the man. Thanks.

Wonderful tribute to an exceptional musician.Many thanks to all involved

Just finished reading Clark Tracey's biography of his Dad and came across this, it is great that the link still works, many thanks.