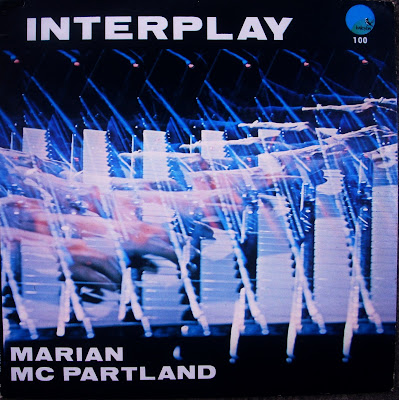 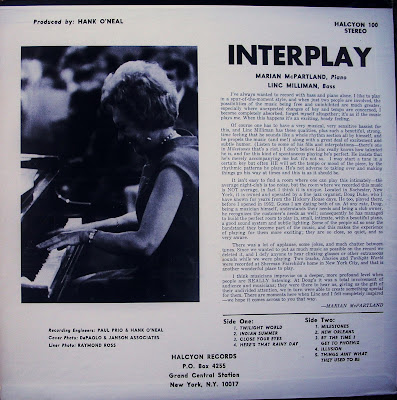 Here's a Nice M.McPartland lp , the few,non virtual friends i have who like Jazz dismiss this and her records in general as cocktail tinkling.. there's a lot more to it than that.
... and no to my ears she's no Bill Evans clone..
True this is a mellow affair compared to live at hickory house, and the bassist isn't as interesting or subtle as she...
According to discogs, this is from 1970, and can be purchased for as little as , 2 dollars, her stock is obviously lower than it should be!

Roll a fat one , mellow out  enjoy, and spare a thought for those around the world living in squalor , under the jackboots of oppressive governments, or living in War zones , who can barely feed themselves, let alone accumulate terabytes of music,unlike the majority of us living in a luxury predicated on the very squalor of those oppressed peoples.


She perhaps wasn’t the innovative pianist one might have wished for, but she was an insider who had everyone’s ear and everyone’s respect. She would surely have been great fun over a bottle of wine telling musicians’ anecdotes. Like Nica, she knew everyone personally. (Interesting that both women were white Brits).

Ah well , she was married to a dixie lander, what is musical innovation anyway... the Avant Guard is a modernist myth , perpetual formal innovation is much like the Myth of perpetual economic growth fostered by neo liberal economists.


Yes I too have never believed in an “avant” or a “garde” for the simple reason that by the time anyone does anything, it’s already old hat. History began just now, if you see what I mean. So nothing is ever avant anything. (But for an exercise in human willingness to self-deceive, take a look at the contents of Dime’s “Avant-Garde” section where one finds the grandest bunch of traditional bull imaginable!).

Thanks Sotise. That makes two Halcyon LP floating in the blogsphere!
For those who wouldn't know yet, I've posted her LP Ambiance (halcyon Records) on the Boogieman's blog. Probably her most adventurous record.
Cheers

thanks Boogieman , the album youve posted is better than this, and far more adventurous, if that means anything!