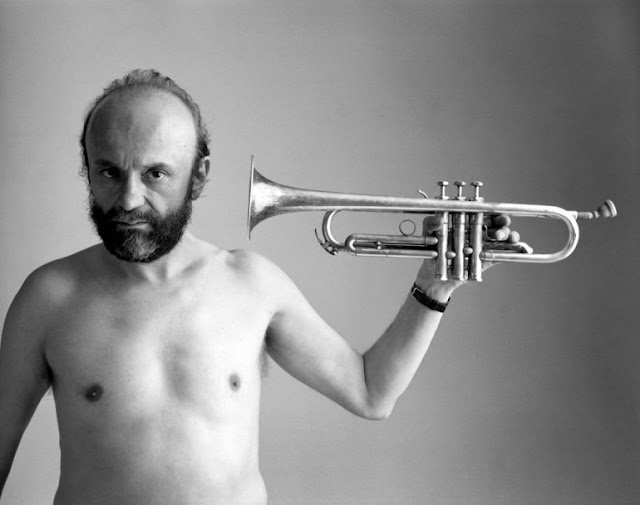 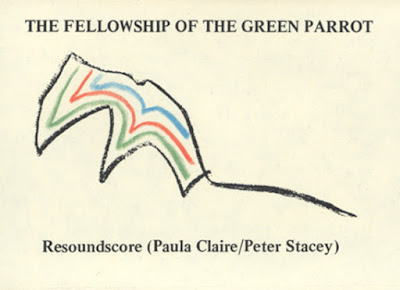 B1. Van Gogh: Symptoms
B2. Home
B3. Silverbirchmorse
B4. Four Zero
B5. Take My Words
B6. The Fellowship Of The Green Parrot 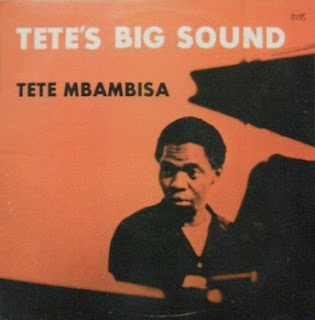 In 2012 Tete Mbambisa have published his first solo album that contains some of the compositions played here and others tracks. it is an absolutely great album for those who are interested in cape jazz, the sound is superbe and the music have a strong feeling, you can buy it here:
https://jisarecords.bandcamp.com/album/black-heroes 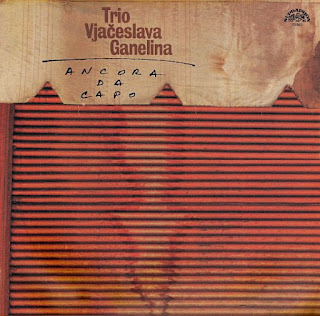 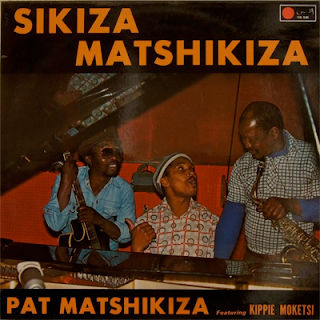 Recorded on September 27, 1976
The Sun Gl 1857
Thanks to our friend Olivier Ledure for providing the exact recording date. 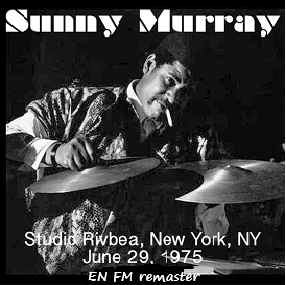 A few posts coming up on the masters who have passed away over the last year, starting with Sunny Murray. This is a 1975 tape of Sunny Murray's Untouchable Factor at the famed Studio Rivbea, run by Sam Rivers, probably derived from a radio broadcast, posted by carville on the Dime network and given a remaster upgrade by EN. With the post came a couple of paragraphs of "liner notes", from which I quote below:

"There will never be another Sunny Murray and this performance, a Loft Jazz history lesson in its own right straight from Sam Rivers' legendary Studio Rivbea at 24 Bond Street in Lower Manhattan at the peak of the era, illustrates several aspects of why. It's also somewhat unusual in that it has Juma Sultan -- who most notably played percussion with Jimi Hendrix at Woodstock and on Dick Cavett's talk show in the summer of 1969, but began his musical life as a bass player -- on electric bass, which leads the ensemble into a few ostinato passages along the way that start to sound less like a fiery Free Jazz freakout and more like Miles Davis' "Dark Magus," or even the noodlier, jazzier improvs of 1971/72 King Crimson.

Of course it does feature plenty of those maelstrom Out pyrotechnics, and we certainly know that Sunny created something unprecedented and of a very high energy in his 81 years at the forefront of improvisation, idiomatic and not-so-idiomatic. The whole Free thing may never have gotten anywhere had he not done so much to lend rhythmic guidance and a controlled, furious drive to its silent ebbs and hot-lava flows, so please never forget Sunny, without whom the trajectory of the music we love would surely not have been the same. Beyond that, R.I.P. to the Maestro and of course do enjoy this remaster of an unbelievable and historic concert, transmitted by galaxy-class explorers from the heart of a golden age in the endless annals of Jazz lore.--EN"

I don't have much to add to that fulsome praise, except to note that Monette Sudler is still active in the Philly area and that Kazutoki Umezu has ratched up an extensive discography, of which I've heard nothing so far. Pehaps the regular Japanese expertise on this board might fill in the blanks? 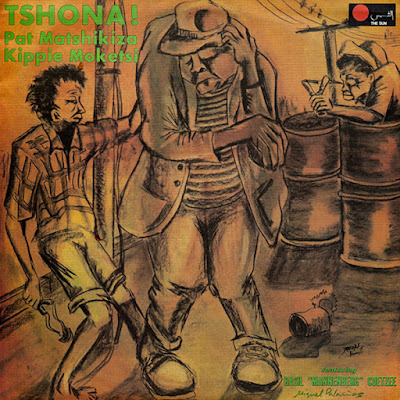 
From the same CD as above.

The CD says it's a traditional theme, but the music/theme sounds very closely to Mbambisa's 'Stay Cool' from the LP "Tete's Big Sound", released 1988. So I'm inclined to credit this song to him.
This version seems to be previously unreleased.
But I'm in no way an expert on Jazz from SA - so I could be wrong.... 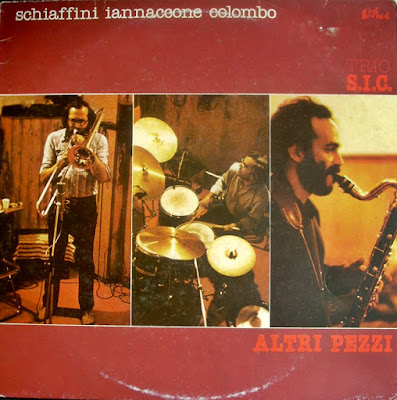 Another reup - these files are most probably from sotise's original post in 2009.
Not tracked - so we have each side as one track.

Recorded at Barigozzi Studio in Milano, Italy on September 30, 1978.


Following is the original text by sotise:

Here's the other record on Red by the Sic Trio, as LYM points out in his post these are essential documents of the Italian free scene in the late 70's.
Not quite as anarchic as either the German free scene as documented by FMP or the British and Dutch Scenes , it has its own distinctive identity and is as far from generic plink plonk caricature's as one could hope for.
I can't add all that much to LYM's review of Pezzo, the second album by the trio.
Except that these records have been richly rewarding over the years for me as a listener.
Giancarlo Schiaffini, it has to be said is one of the late 20th century masters both as a composer (of electronic, chamber and orchestral music), jazz player and free improvising trombonist..his technique and breadth of invention is the equal to any better known name...these records are breathtakingly stunning and deserve wider currency.

It's a little known fact that Red records were in the vanguard of Italian labels documenting 'free improvised music' in the late 70's.

However by the early eighties, clearly influenced by the 'neo classical' zeitgeist permeating through from the states, they more or less reversed their exploratory program to focus on music in a much more conventional hard bop mode... with a few exceptions most of their early catalog has not been reissued and seems unlikely to be, a real pity since they document an underrated, VERY under documented scene.

this is another Rip from Iain's Collection! 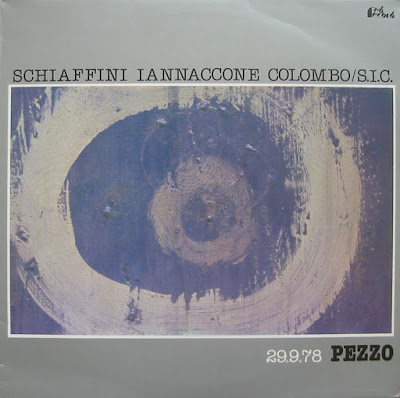 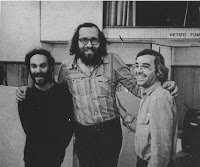 I've adopted this post by LYM. Here's so much information - thought it's better to "hijack" this early IS post than to create a new one with less info.

And here follows the original text from July 2009 (minus the track-listing):

Here am This is my first front page post here.
The album I’ve chosen is a corner stone in free Italian improvised music. This is an almost rare recording, never re-issued on cd, played by one of the first and most important groups in free jazz and improvised music in and perhaps in . Schiaffini and are master players of their instrument, so this isn’t naive music, isn’t easy to play, technically and for the interplay that requires, music mostly improvised by “total musicians” equally at home with free improvisations, classical contemporary music and folklorical.
If I should find musical roots to this music I can quote: the AEOC, classical contempory music (Vinko Globokar with which Schiaffini studied is the player for which Luciano Berio wrote his Sequenza V for solo trombone, folklorical-mediterranean music.
Before this session Schiaffini had recorded only one album under his name (in 1973) and Colombo two others for the same Red Record this was their first collaboration with this amazing trio who produced two albums in two days at the end of September 1978.
Two annotations: as said in the cover notes irony plays an important role in this music (generally in Italian free-improvised music) so the titles are impossible to translate, being a refined game about the use of the Italian word “pezzo”.

Cover notes (translated from Italian)
Giancarlo Schiaffini is one of the better known in avant-garde and new music in . His story is not so long to tell but it’s rich. Born in Rome in 1942, graduated in Physics in his hometown University; self-taught as a musician, he early devoted himself to jazz contributing, with the “Gruppo Romano Free Jazz”, to one of the first experience of free improvised music in Italy.
Lately he took an interest in European contemporary music; in 1970 he studied in with Karlheinz Stockausen, Gyorgy Ligety, and Vinko Globokar (the master trombone player) and in with Evangelisti. In the same 1970 founded the chamber music group named “Nuove Forme Sonore” (“New Shapes Of Sound”). He plays trombone, and recently has become a member of the Giorgio Gaslini sextet, and has played in many concert dates. Today he teaches at the conservatory.
His fellow musicians in this album had played with him many times and they too “have their papers in order”. Eugenio Colombo plays flute, alto sax, bass clarinet (in one track, as does Schiaffini, plays the zink, the ‘18thcentury “cornetto” similar to a recorder with the trumpet’s mouthpiece).
He has played in many avant-garde groups in Rome and has a particular knowledge of folklorical (mostly Mediterranean) music, drummer and percussionist Michele Iannaccone has combined classical musical studies with jazz and improvised experimental music All these experiences are the basis of the music here contained; this record don’t want to be a “jazz record” even if the approach of the players to their intstruments is a jazz one and the derivation from American free jazz is evident. We can better define this music as improvised music: the structures aren’t initially given, are the last result of a collective work in which “alea” plays an important role. The music is the result of a workshop or a collective searching work during many sessionsof improvisation, in this music the feeling and creativity of every single musician interacts with that of the others. The preliminary conditions for similar adventures in the world of sounds are the mutual experiences and similar musical directions of the musicians involved. This mutual experiences narrow the alea’s action field and allow the musicians to centre towards an acceptable and coherent musical result. The last goal of such a collective work is the expression, at a starting point, of the individual sensibility and creativity: to quote Joyce this is a musical “stream of consciousness”. For this reason you do wrong if you try to appreciate this music using musical parameters taken from one or another musical culture. Lookin’ for swing (mostly loved by jazzfans) in this music would be a nonsense, the jazz education of this musician is teared to shreds as the ruins of a disappeared civilitazion: Here we have: the sound, a broken phrasing by the trombone, airy percussions, the sounds (and noises) produced by the instruments played by , that’s all. The conception is different and so totally different are the results. To appreciate this music you need a great concentration, but first of all an intellectual agreement to the “modus operandi” of these musicians, a wide open and clear mind, free from taboos and preconceived ideas.
Simply read the title tracks: they are the antithtesis of what we normally mean for a “plan”. The title tracks, instead , are a declaration of war (with irony as only weapon) against every plan.
Arrigo Polillo
This choice is a "thanks" to sotise/sotisier who gave me the opportunity of posting in this marvellous place.


Thanks again.
Links in comments as soon as possible. 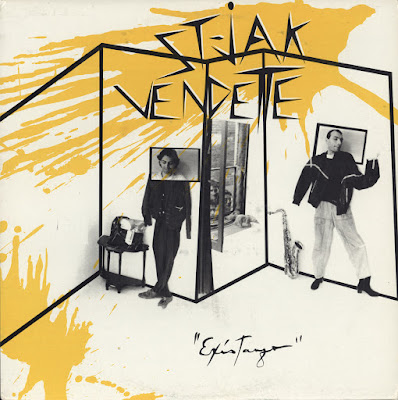 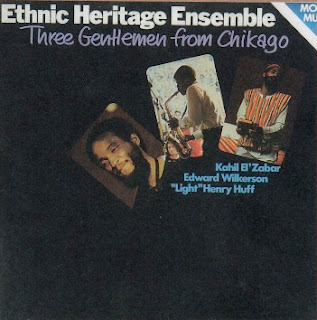 A1. The Seeker
A2. A Serious Pun
B1. Moving Of Seasons
B2. Brother Malcolm 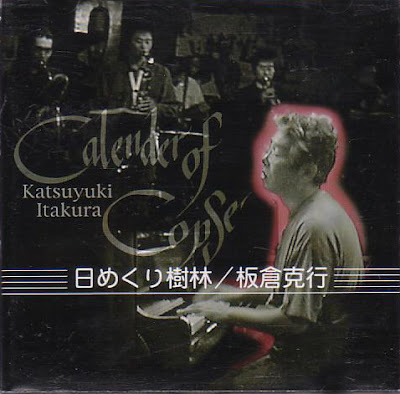 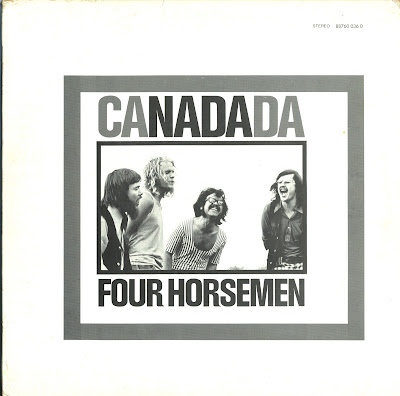 B1. Coffee Break
B2. Theme
B3. Monotony
B4. Michael Drayton
B5. In The Middle Of A Blue Balloon 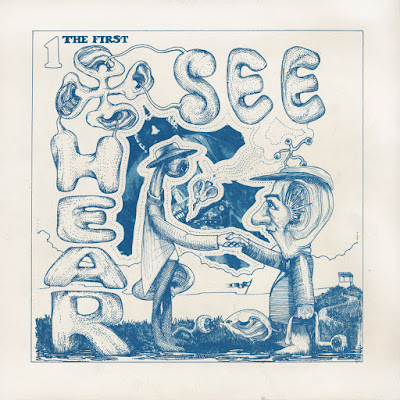 A1. Introduction Nd Th Very Tissues Of Language
A2. Blues For Electric
A3. Survival
A4. A Myth Of Gardens 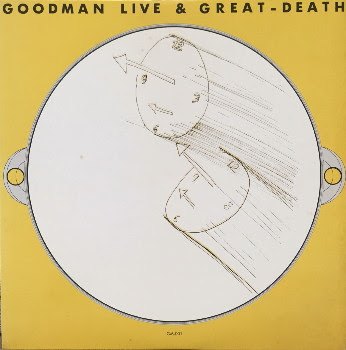 Recorded live at Goodman, Ogikubo, on various dates in 1979.