Continuing in the "shorts" series, here is a great Duo
at the peak of its creativity.

A request : the day before this recording, Sam Rivers
presented, on the same stage, his RivBea Orchestra
and the performance was broadcasted by the French
Radio. Could anyone post the recording ?
(i've only the audience rec.)

Another short recording by a late Master. 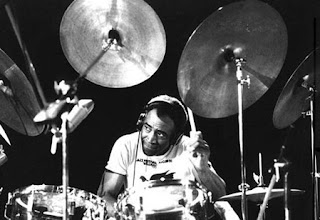 Here's something to remember Rashied Ali by, who died on 12 August. This is a fairly recent concert in Burghausen, Germany (in Ober-Bayern, more precidely), beautifully captured by Radio Bayern 4.

The partnership of the three goes back a long time, to the NY loft jazz scene of the 70s, vividly described by Valerie Wilmer in her "As Serious As Your Life", an essential read for followers of this blog, I would think. A fine performance by all three, Ali with a lighter touch than what he sounded like on his early 70s duet with Frank Lowe (which ought to be posted somewhere, if it hasn't already), Charles Gayle, going from his post-aylerean expressiveness on the sax to a somewhat more lyrical side on his two piano offerings here, and finally, but not least, Sirone, who might be the least conspicuous here, but is right there with some beautiful, sinuous empathetic support. Do listen in cos bassists often get buried in the mix, but not here, though.

More Ali coming up if I find something in the archives. We have posted Ali before, here and here. Charles Gayle can be heard here and Sirone here.

If you have already listened "Blue Boyé" and "Roi Boye",
then, you could image what a kind of magnificent music
Hemphill performed that evening...

One of the founding members of AACM, Kalaparusha,
in the Seventies was a kind of legend among European
avant-garde jazz followers.
The first two Delmark's albums as a leader were hard
to find and live show very rare. This concert coincide
with the recording of his third album "Peace and
Blessings" for Black Saint (June 18th).
The photo above is taken from the cover of the Black
Saint's album, representing the Lovere's stage that
evening. 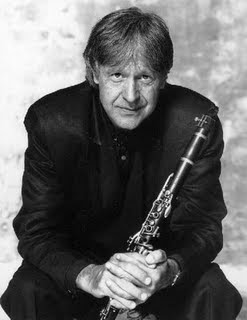 Continuing with the Portal series, we're now up to 1978 and a concert in Kleve in Germany. A different line-up from the earlier Portal Unit postings here:


Scholleck notes that "this recording doesn't include the complete concert (but likely the complete broadcast); it is usually circulating like this, but I've seen listed a longer version (actually with 8-May 1979 as date!!)

The setlist of that version:

The second track in the posted set here may be "Bauernfreund" which sounds quite different from the first track - not unlike a type of electronically enhanced folk music from an unspecified location - shades of the Balkans and North Africa in there - something Terry Riley might have concocted. The first track is typical Portal - more to the fore here than in earlier Unit postings with Phillips laying down a steady rhythmic backbone for Portal improv. The second track from the alternative setlist seems to be missing - a Phillips composition which wound up up on a solo bass record of the same name. And no Portal is complete without him whipping out the bandoneon - right there at the end of the last track.

Still more Portal to come (and some Francois Tusques as well) 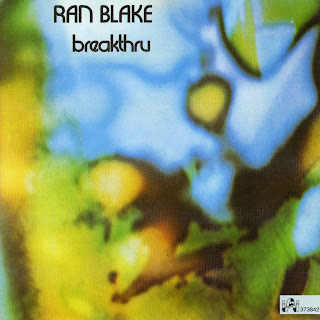 Here's a contribution from "guairao", dropped in our general section - solo piano by Ran Blake.

The unique pianist Ran Blake is heard on this album performing brief versions (all but one of the fourteen songs are under four minutes) of a colorful variety of standards and originals. Blake's emotional playing (which emphasizes the contrast between silence and explosive sounds) is both witty and unpredictable. Among the many short sketches are versions of "You Stepped Out of a Dream," "If Dreams Come True," "Drop Me Off in Harlem," "All About Ronnie," "Tea for Two" and even "Spinning Wheel." Intriguing music. ~ Scott Yanow, All Music Guide

Continuing with George Lewis, here is a nice
solo trombone performance.
Creative music of course, but even technical
mastery of the instrument and great sense of
humour.


This is (with the exception of George Lewis replacing
Anthony Braxton) the same lineup that recorded,
some months before, 1-OQA+19 for Black Saint.
From that album are taken the two long pieces here
performed as a suite.
A real "Dream Team"!

From "Ilario" collection something more bop
oriented : one of the first occasion in which the
two Freeman (father and son) are together on
the same stage (at least in Europe). 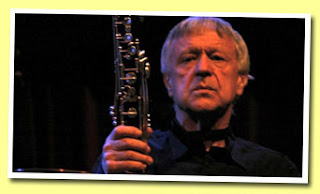 Continuing our Michel Portal series, here is a fairly short piece recorded in Köln in 1977. His input here is more as a player and less as a composer/leader. This piece is also less jazz-related than previous postings and perhaps better categorised as new or contemporary music.

This was recorded sometime in 1977 at Studio Elektronische Musik (WDR), Köln, Germany

Scholleck (who uploaded this piece at Dime) notes that "Kessler's list of works lists "Dialoge für 2 aussereuropäische u. 2 europäische Musiker und Vocoder" (1977). Reconstructing how and for what occasion this ensemble came to life is a little hard these days, but after all it is possible this actually is not a Portal-lead group, and he's "only" one interpreter here among others (it appears the latter at least is true in this recording at hand of the Kessler-composition)."

Portal is adept in crossing musical boundaries and was an important contributor to Stockhausen's "Aus den sieben Tagen" from 1968. This work appears to have led to the formation of New Phonic Art in 1969, a group of improvisors who made at least one record. It would certainly be very interesting to hear the Stockhausen work in total, originally issued as seven lps and later as seven cds. The cds can be ordered directly from the Stockhausen Verlag, though on the expensive side, but including a huge booklet. It would be interesting to know if any of our readers has heard it and has views about it.