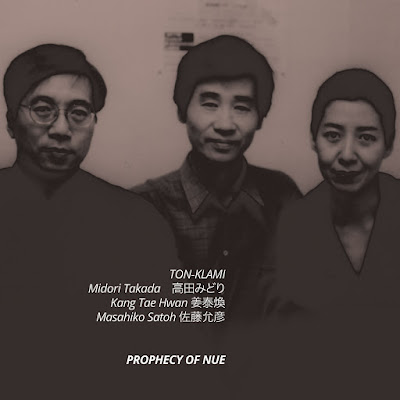 No Business Records will release five LPs and two CDs in the second half of August.
For me the most anticipated release is Ton-Klami's CD. They did release two recordings in the 90s on Crown Records which are both OOP but worth seeking out.  No Business Records
You might also take a look here.

For the upcoming Steve Lacy CD on Emanem Nick has already reproduced the label's info in the third comment. (somehow I published this post accidentally before it was ready) 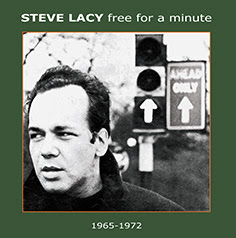 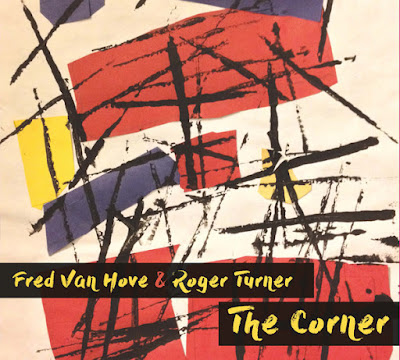 Roger Turner and Fred Van Hove - what a pair - this release scheduled for August 4 on Relative Pitch Records is very high on my want-list. And what a nice 1950s design and typography. Should be amazing...

Four very different concert settings featuring sensational performances by trombonist PAUL RUTHERFORD:
two festival solos - one from 1979 with electronics and the other from 2004 without;
a 1988 duo with PAUL ROGERS (double bass) a few months before their ROGUES CD;
and from 2007 a trio with VERYAN WESTON (piano) and MARCIO MATTOS (cello & electronics)
- a very promising group, except that this turned out to be Rutherford's last public appearnance.
All previously unissued. 76 minutes. 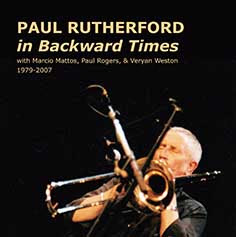 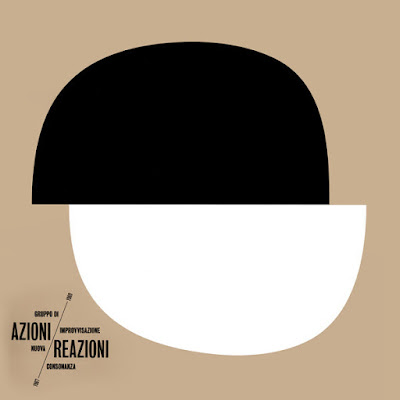 The above release of Gruppo Improvvisazione Nuova Consonanza is actually a reissue of a two CD + one DVD release from Italy's 'Die Schachtel' (2007),
Ten years later we'll get 4 CDs or 5 LPs plus a DVD (and a 64p. booklet in LP format) or both.
The DVD contains a German documentary (b/w) on the group. Filmed in 1967 the documentary is an unknown classic. Do they still produce films like this one? 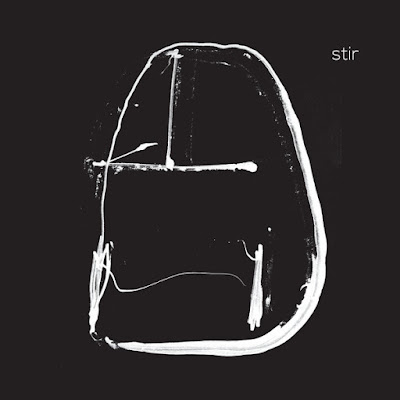 I've encountered the above release a month ago.
It's Agustí Fernández, Peter Valsamis and two canadian musicians previously unknown to me (shame on me). Wonderful free improvisation with a saxophonist who according Stuart Broomer might have had Lee Konitz as a role-model. But Yves Charuest and bassist Nicolas Caloia are all their own on this highly recommended CD/download. 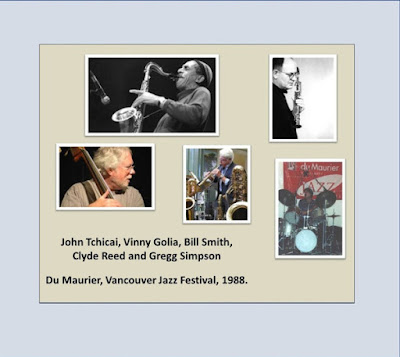 The CD "Stir" was also the reason I discovered this 1988 Vancouver recording on  bandcamp - download only. 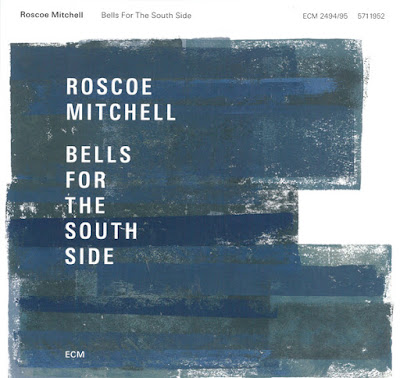 Last year I got an email from ECM. They've 'found' a wealth of LPs from their early catalogue believed to be OOP, in their vaults. Immediately I've ordered about 100 items from several groups/musicians for the shop (Among the treasures was f.e. the first pressing of Jarrett's Köln Concert. I've ordered all remining stock - about a dozen LPs - sold after a few days).
For myself I took 'Endgame' with John Stevens, Barry Guy, Trevor Watts and Howard Riley.
But at home I discovered that the vinyl was beyond repair - so to say. I knew they had only 7 items of this release. Two were sold at our shop, one (mine) was defect and four remained - or were they gone?
After a quick telephone call with ECM the rate of my heart's rythmn dropped considerably.
A few days later I went to ECM's headquarter at the outskirts of Munich. After climbing to the first floor I met Steve Lake. Among other things I asked him wether he's producing "something" new.
He mentioned a Roscoe Mitchell Nonet (or tentet..) - and here it is.
Already on my list for >Best of 2017<. 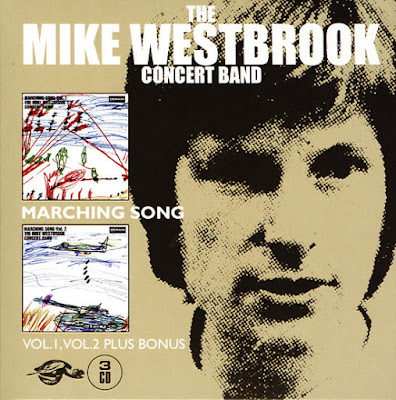 Marching Song vol. 1 + 2 are a classic of British creative Jazz from the 1960s. This three CD box-set not only offers remastered versions of the two LPs but also sextet/quartet renderings of some themes of the greater line-up.
From 1966 and 1970 with Surman (sextet only) and Mike Osborne. Also added a rare 7" with Norma Winstone and the Concert Band. Includes a very informative booklet. 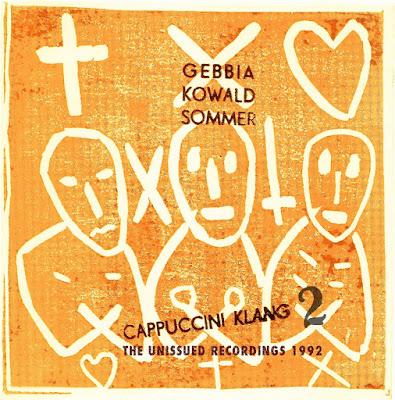 As the sub-title suggests 'Cappuccini Klang 2' is the previously unreleased second part of a 1992 recording session. It was offered as download only on bandcamp somewhat unnoticed in 2013.
The original CD was edited by Splasc(H) Records which - BTW - is active again. 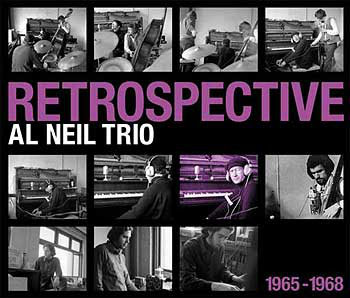 Some of the above mentioned recordings are not 'Upcoming + Recent' releases. But I do not care as long as the music is as original and revelatory as on the double CD "Retrospective" by the Al Neil Trio.
Al Neil was unknown to me before Nick posted Neil's solo LP on this blog.
Many words but only one necessary step > Get it! Get It! as long as the one time pressing lasts.
My highest recommendation. 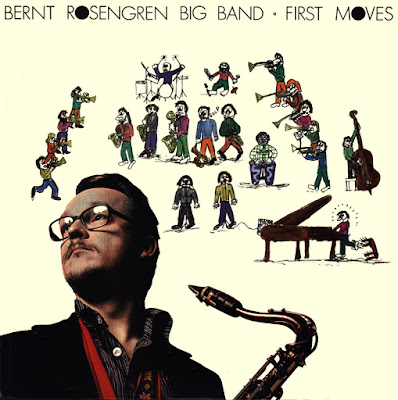 A1. Manhattan Reflections
A2. You've Changed
A3. My Song Is Blue
A4. Felicidade 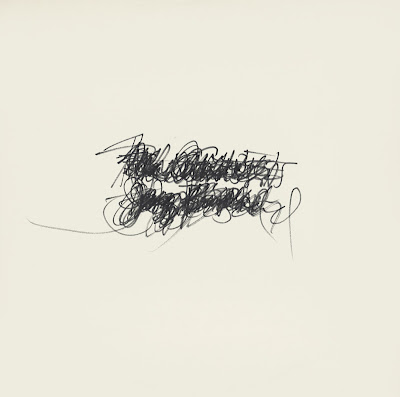 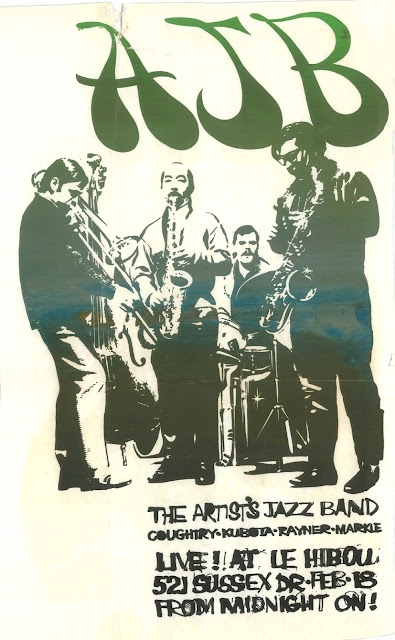 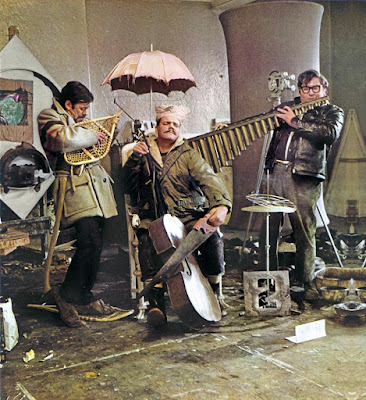 Recorded June 1973 at Eastern Sound, Toronto, except "Mark-O-Slow" recorded live at the University of Windsor, March 1973. 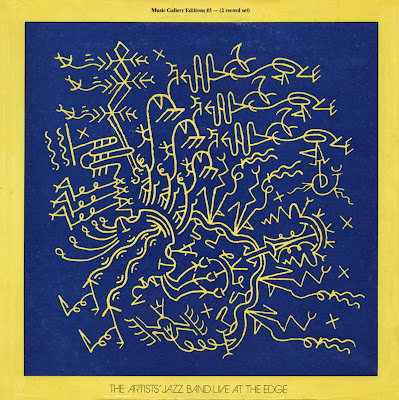 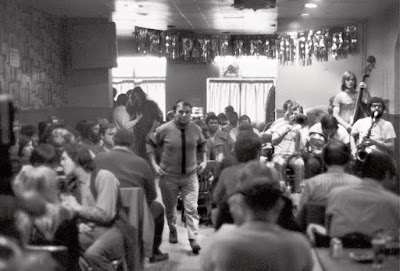 still from the documentary Cowboy and Indian (1972), Don Owen, National Film Board of Canada 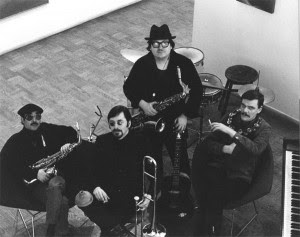 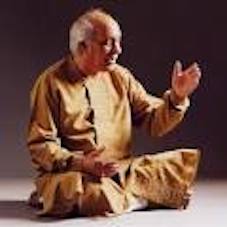 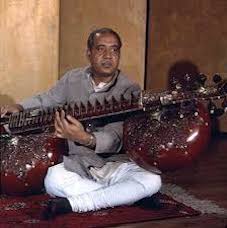 Following the preview post of the solo recital by Ustad Zia Mohiuddin Dagar here is a performance in duo (jugalbandi) by the two sons of Ustad Ziaudin Khan Dagar: Ustad Zia Mohiuddin Dagar (1929 - 1990) and Ustad Zia Fariduddin Dagar (1932 - 2013). The first is the famous Binkar (rudra veena player), the second is a renowned vocalist as important as the senior Dagar brothers in the representation of the Dagar style of Dhrupad. The jugalbandi between voice and instrument is very rare and the ones made by those two brothers are absolutely incredible in the fact that they represents perfectly the strong link between the voice and the instrument. In his playing Ustad Zia Mohiuddin Dagar have always wanted to be as close as possible to the voice. he used to say: « voice is king, instrument is minister ».

This performance of the raag Chandrakauns, a late evening composition have been recorded in Amsterdam in 1985 and have been briefly published on cd by the Dagar Family.
The development of this raga is done in the tradition with an alap, jor and jala followed by a composition played in Dhamar (12 bits) with the Packawaj.

The Swedish label « country & eastern » have published two cd’s of jugalbandi by the two Dagar Brothers presented here, they are worthy of interest because they are actually the only documents commercially available in this style of Dhrupad.
http://countryandeastern.se/tag/india/ 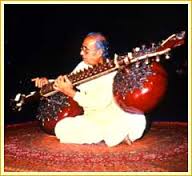 Here is something different than our usual posts. Years ago some contributors posted some Indian classical music, mostly Khyal, let’s return to this tradition of world music. Here is a post of instrumental dhrupad. This tradition is the oldest and the most respected in India. Originally it comes from temple singers but Dhrupad masters became court musicians. It is the case of Ustad Ziauddin Khan father of Ustad Zia Mohiuddin Dagar who was musicians ate the court of Udaypur’s Maharajah. Ustad Zia Mohiuddin Dagar was born in 1929 and died in 1990, he represents the 19th generation of the Dagar tradition also named Dagarvani. Beside Ustad Asad Ali Khan, Ustad Z.M. Dagar was probably the most famous Dhrupad musician who played the rudra vena or Been. In the Dagar tradition Ustad Z.M. Dagar opened a new tradition. Before him the rudra veena was never played in front of audience. If almost all the Dagar were trained in the veena, they were only privately playing it, in public they concentrate on the vocal Dhrupad. Ustad Z.M. Dagar is the first to choose the rudra veena as his primary instrument, he also made some changes in the structure of the been to create greater resonance. With the help of instrument maker Kanai Lal from Kolkata the rudra veena get a deeper sound and became a larger bass instrument.
More informations on the history of the rudra veena/been can be found at
http://rudravina.com/html_gb/intro.html

Here we have the full recital given by Ustad Zia Mohiuddin Dagar on May 27, 1988 at radio France. First he plays a long improvisation on the raag Purya Kalyan following the classic development in three parts: alap, jor, jala and a conclusion with the packawaj. Then he concludes the performance with the raag Lalit only in alap. 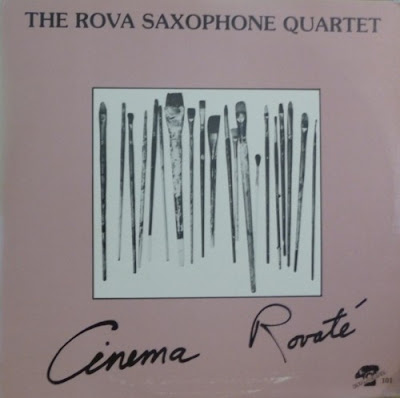 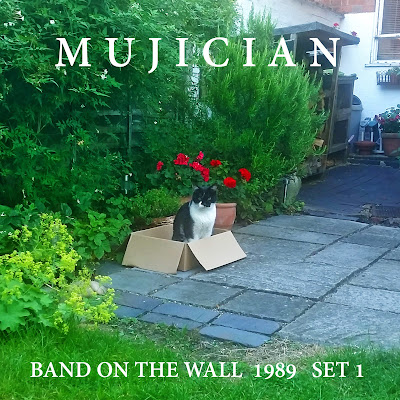 Don't miss the classic second set from this concert. 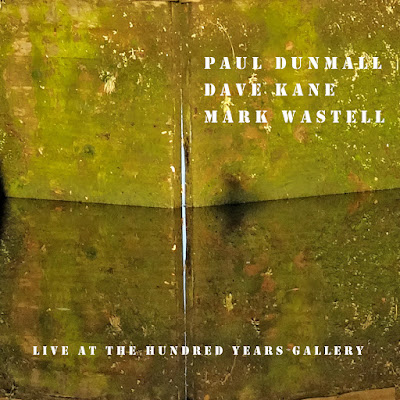 A present from Mark Wastell.  Thanks to him. 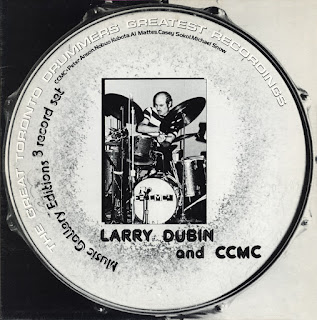 A1. Larry's Listening
A2. Upon Arriving

B1. A Postponement
B2. Circuitry
B3. Down The Street

C1. Yourself Elsewhere
C2. Radio In A Stolen Car


Recorded at the Music Gallery, Toronto, except F1 recorded at Conservation Hall, Toronto