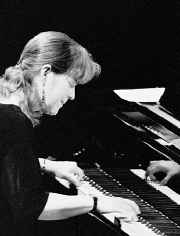 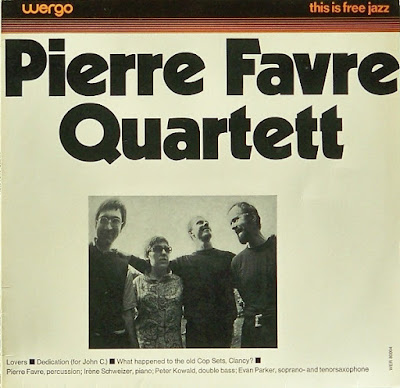 Have the LP since several years. Plus I got a rip from a friend years before I found the vinyl.
The sound of the rip seemed to be really OK. But it had a lot of nasty scratches which caused many clicks and some pops. Tried to remove as many as possible. (cover from the www)

Especially great to my recent listening experience is the bass of PK - but it is all along a classic.
All four musicians still young and at the beginning of their considerable musical achievements. 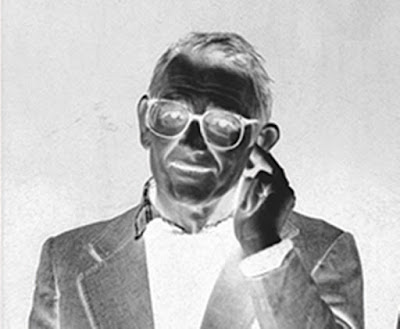 While preparing this post I got confused a bit. Got this with a text file which states 11 items but my version has 12. The point of consideration are tracks 5 and 6. The list coming with the CD-r I've got years ago says there's only tr. 5 ( EP-HD-JL). But the folder contained also tr. 6 (EP-JL).
Maybe the performance of the trio was split into two separate tracks? And I cannot hear Hugh Davies on track 6. So it seems the way it is offered here might be accurate enough. Maybe someone can shed some light on this...Andy?

I left the short announcements which are obviously truncated - but better some meagre crumps of hopefully reliable information than none at all.
Interestingly this recording is not mentioned in Ben Watson's book on Derek Bailey, although it has a particular chapter on Company concerts and recordings.
There is an official Company recording from the I.C.A., London, 24-28 May 1983, which is also the only Company never reissued.


But the music is great and IMO that's what is important. 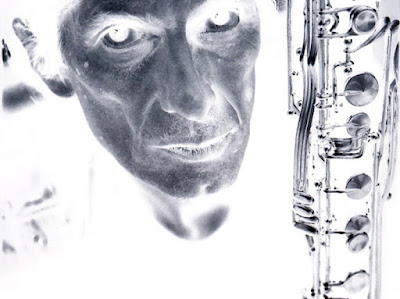 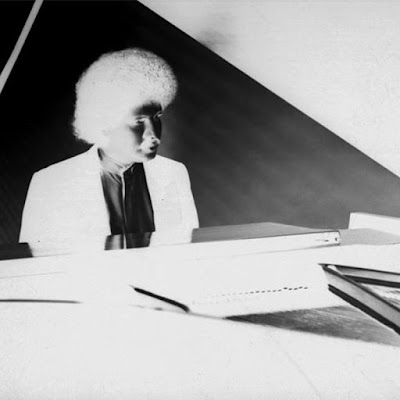 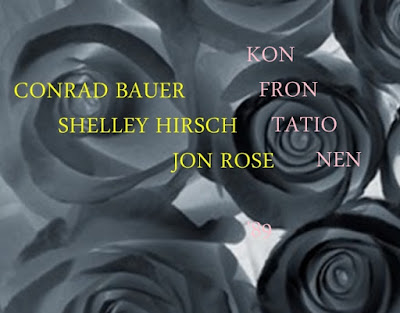 A firend of mine recorded this - well - years ago. It was stashed away somewhere in the cellar - and several months ago he decided to get rid of all those cassette tapes.
I gladly offered my helping hand. 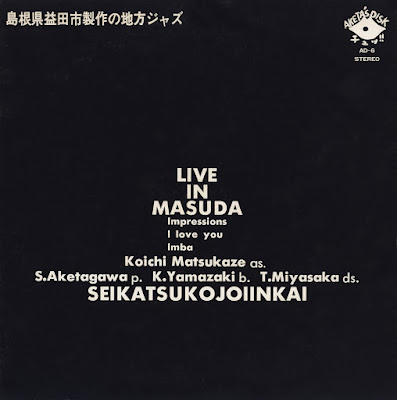 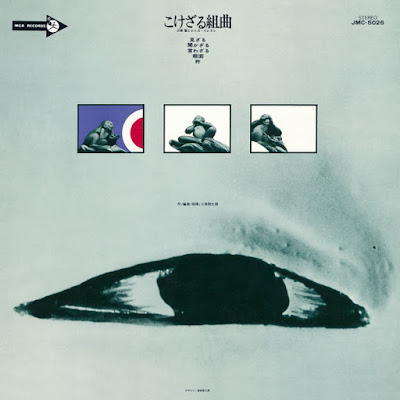 Here's what mvns about this LP: "Arranged and composed by Keitaro Miho (he didn't perform in this album), this is a spiritual adventure to a world where traditional Japanese music clashes and melts with contemporary jazz improvisations. The result is a monster of an album, with soaring vocals, searing saxophone and shakuhachi solos, mad electric piano action, uplifting koto strummings, as well as grooves so hard it feels you got punched in the gut."
[There is a CD version (out-of-print) which is a disaster, sound quality-wise - crude needle-drop. There's also a vinyl reissue but it's out-of-print as well] 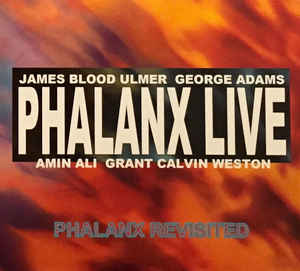 While I was checking the discography of Phalanx in preparation of this post I was surprised to learn that obviously this concert have been partially published by James « Blood » Ulmer himself on his own label: American Revelation Music Inc. The only reference about this can be found on discogs:
https://www.discogs.com/fr/Phalanx-Phalanx-Live/release/7629031

But there is no copy for sale on discogs and I searched on the others most famous places where music can be bought and this cd doesn’t even appears. To have searched years ago some references of American Revelation Music, I know that this label have no distribution except by James « Blod » himself, also everything he publish is in a very limited numbers. So if this cd have existed it might be gone for good and very hard to find now. This is the first reason why I have decided to do this post, the second reason is the fact that on the cd, only a part of the concert have been published and the order of the tracks has been changed, here we have the full concert with the correct track order.
01. Rough
02. Black Rock
03. House People
04. Recess
05. Where Did All The Girls go?
06. A Night Out
07. More Blood
08. Upside Down
09. I Belong In The USA
10. Nothing To Say
11. Pass Time
12. Love And Two Faces
13. Drum Solo
14. Church
15. Funky Lover 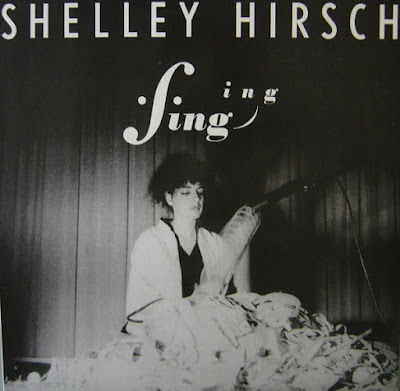 I grew up in an apartment building in East New York, Brooklyn.
I remember my father coming home after a long day of manual labor, putting records on the turntable, and creating enchantment. I remember capturing a piece of a remembered song that we danced to, and singing it in the reverberant hallways. I was fascinated by how the sound transformed as I moved through different locations in the building and out onto the street, recycling narratives while collecting sonic and visual images along the way.
My work today, conjuring locations, landscapes, personas, finding language, streaming consciousness, forming stories—is an extension of these childhood investigations, which I channel through my compositions, improvised vocal performances, staged multimedia and site-specific pieces, narrative radio plays, and sound installations. The work reverberates in real and imagined places inside and outside of the body which is my recorder, and the storage house of memory.
(Shelley Hirsch)


A1, A3, B1, B2, B3, B5 recorded during an Artist-in-Residence grant at Studio P.A.S.S. in New York, early 1985.
A2 recorded live in concert at the Kunstverein in Stuttgart, West-Germany, December 1985.
A4, B6 recorded at The Institute for Audio Research, New York, July 1986.
A5 recorded at the Kammer Theatre in Stuttgart, October 1987 (Mercurius Wagon built by Horst Rickels, Holland).
B4 recorded live in concert at Het Apollohuis, Eindhoven, The Netherlands, January 1987.
Additional re-recording at Such A Sound Studio, Brooklyn, New York. 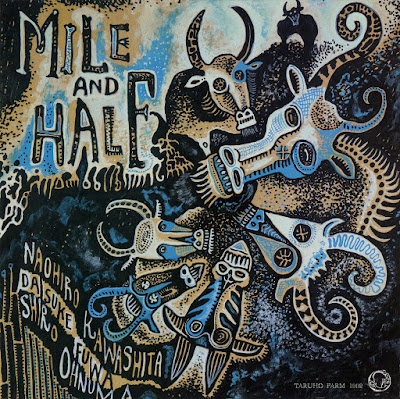 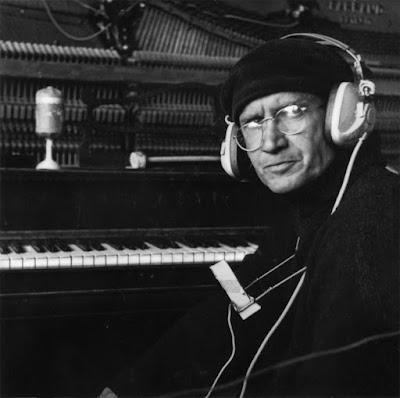 A friend send me the following link to a documentary (1979) about Al Neil - recommended viewing. 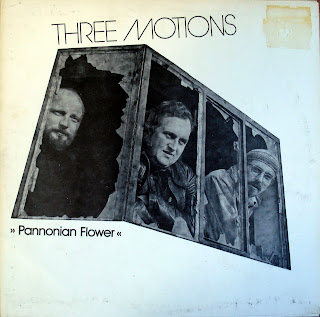 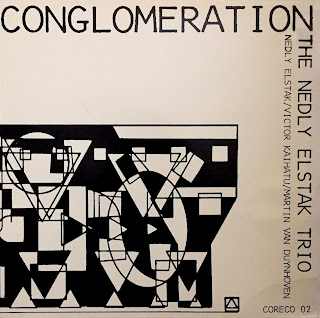 This lp has been provided some years ago by Solomon in the contribution section. A very beautiful record in my opinion, more inside than outside but with nice compositions.

A1. Over And Over Again
A2. Conglomeration
A3. Vico
A4. Celona 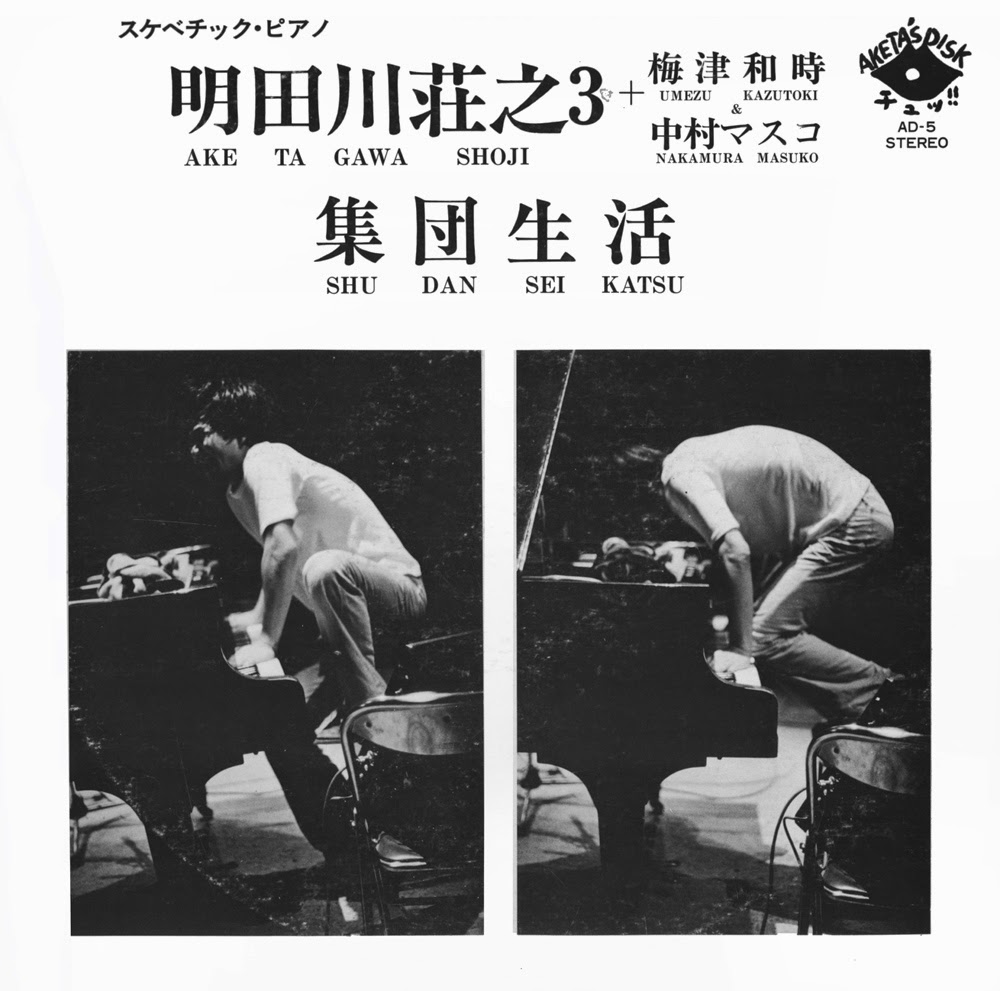 A1. Theme For Yoshida
A2. Moriyama Blues 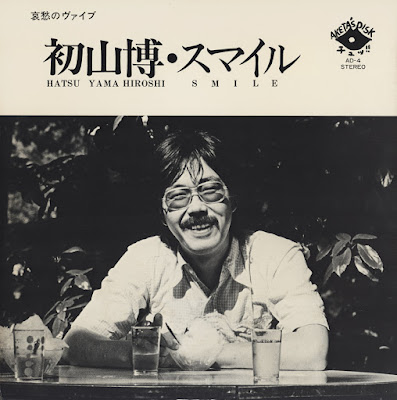 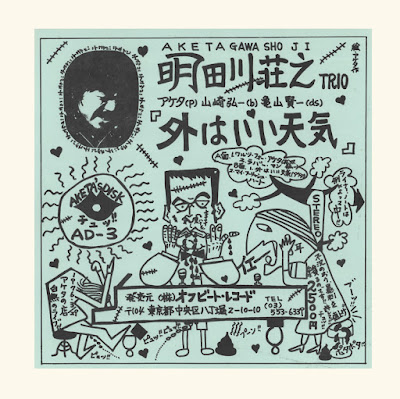 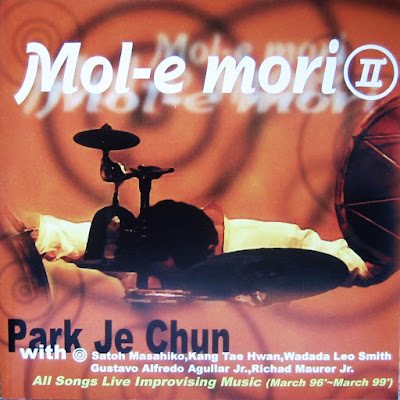 Get the scans here. 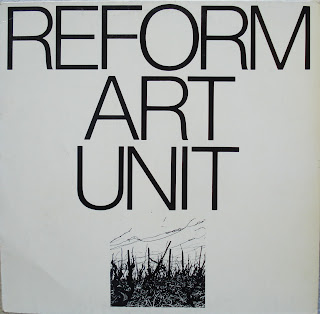 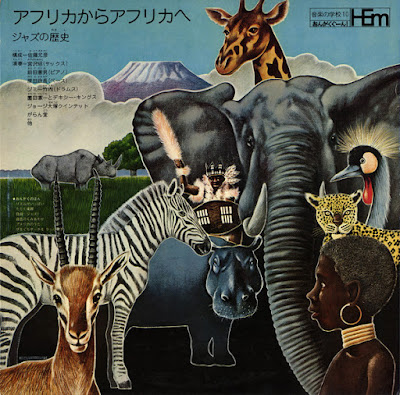 Here is some info by our donator mvns about this LP: "...It's part 10 of 11 educational LPs meant to accompany an elementary school-level music textbook. Side A contains a sidelong track composed by Masahiko Satoh that depicts a journey through the history of jazz. It features a lot of J-jazz heavyweights. Side B is an unsettling choral work by the renowned Tokyo Philharmonic Chorus about the nuclear bomb." 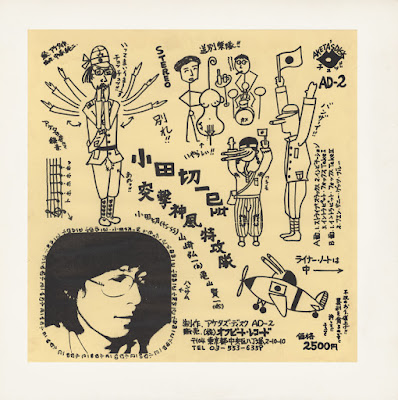 A1. Striped Slacks
A2. Invitation
A3. Intrepid Fox – Take I

B1. Intrepid Fox – Take II
B2. When Sonny Gets Blue

Audience recording made by a friend some time ago.


Recorded at the Meistersingerhalle (little hall) in Nürnberg on April 30, 1988. 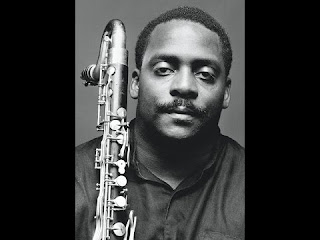 One for Wallofsound, this one, I would think. Following on from my earlier post of Sunny Murray at Studio Rivbea, this is from approximately two months later at a radio station in Philadelphia. The line-up retains the Murrays and Monnette Sudler from the earlier recording, but adds interestingly Khan Jamal on vibes and Sonny Johnson on bass.

Six tunes, all untitled according to the info file accompanying this set. Not really a free jam, as it is described, but rather well-structured tunes, imho. And quite melodic, too. 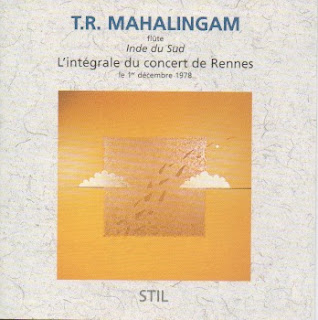 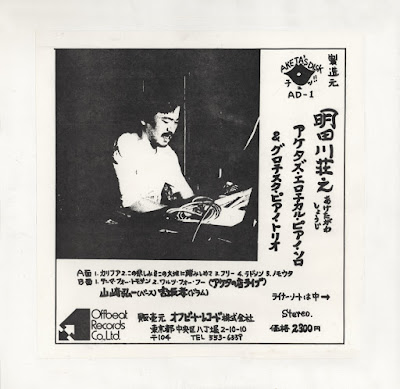 A side tracks are not separated 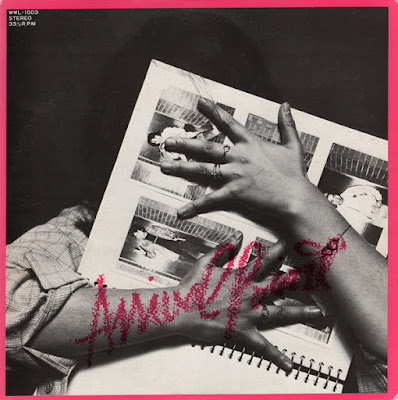 The latest contribution of mvns - a more funky side of Jazz.

A1. My Favorite Fellows
A2. Gentle Rainy Night
A3. Theme From Three Days Of Condor
B1. Arrival Point
B2. Summer Breeze
B3. Nymph Of The Sea 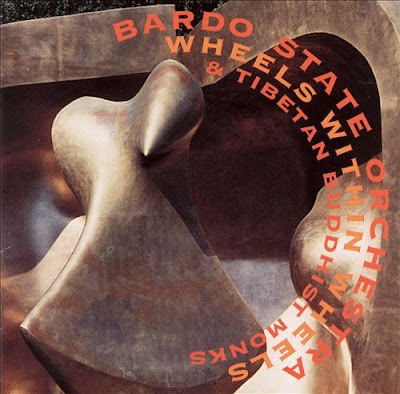 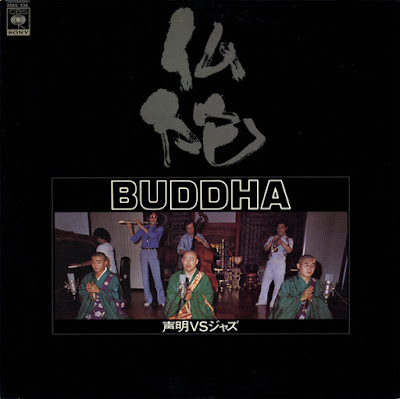 Here on side A we have monks chanting with Jazz. I know only one other project which mixes Jazz with Buddhist chanting: Bardo State Orchestra - Wheels within wheels.

Recorded in front of a live audience. Side A has (three?) monks chanting, while side B contains regular jazz playing.