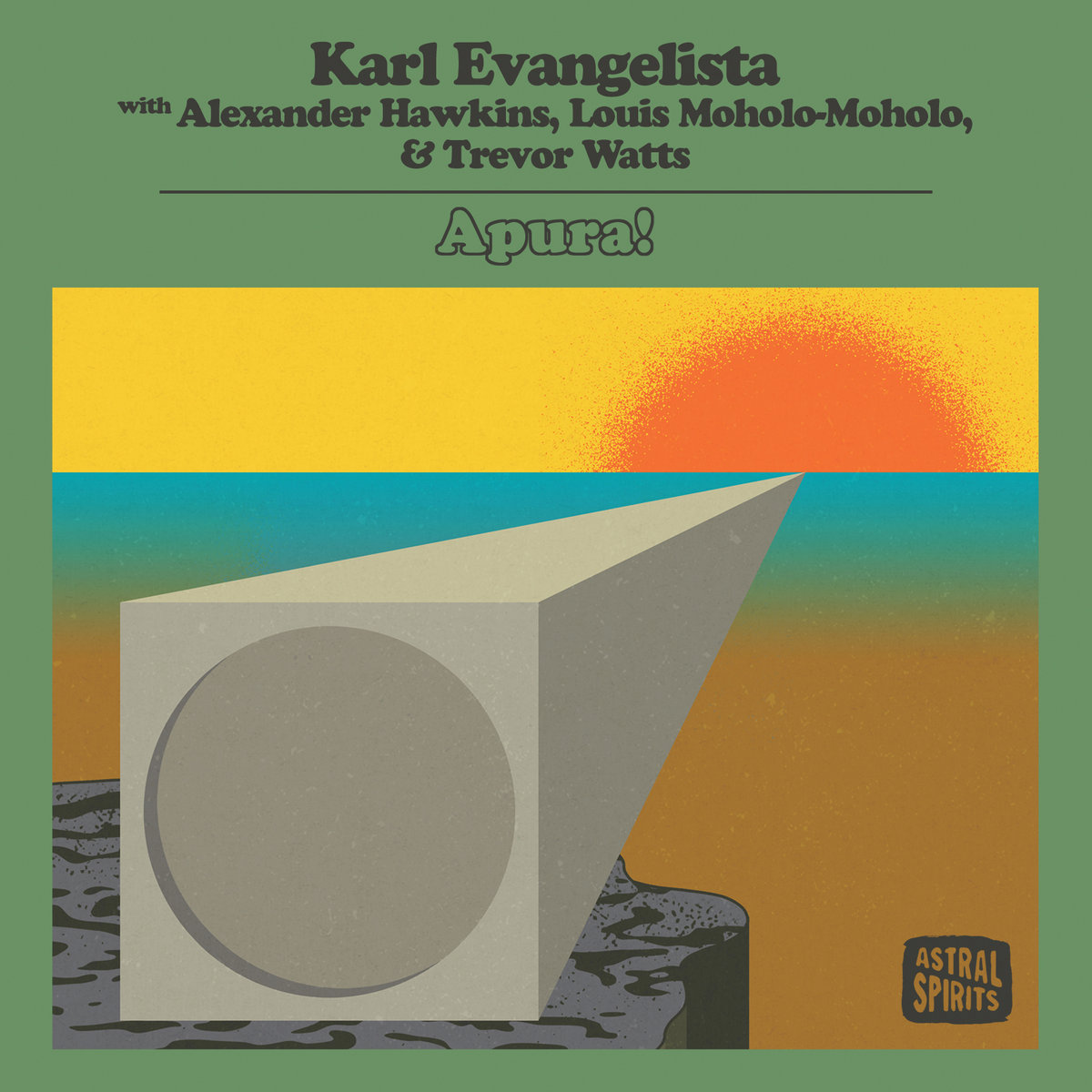 We had a nice mail from Karl Evangelista commending us for keeping the blog running and for contributing to his musical education and asking us whether we could spread the word about his upcoming release. We are only too happy to oblige, considering that the release is right up our musical alley. It is a highly interesting meeting of two generations with Evangelista and Alexander Hawkins representing the youngsters and Trevor Watts and Louis Moholo-Moholo the veterans.

Scheduled for release on 22 May, tomorrow as of writing, it can be ordered from the Bandcamp site:

A couple of tracks can be previewed on the site. Interestingly, the word "apura" in Tagalog (spoken in the Philippines) translates into English as "Very Urgent" which was the title of an album released in the late 60s by the Chris McGregor Group of which Moholo-Moholo was a member and Alexander Hawkins is a member of Moholo-Moholo's current outfit, Five Blokes. Trevor Watts was very much a part of the late 60s alt-jazz scene, too. Just connecting the dots ...

Speaking of Five Blokes, there was a benefit concert for Louis Moholo-Moholo at the Vortex Jazz Club on 9 March this year. Mark Sanders stepped in for Moholo-Moholo who has been unwell. All proceeds from the digital recording of the concert will go to Moholo-Moholo. Further info here:

what a coincidence, two days ago I checked the coming soon page on dusty groove and found the announcement of this album by Karl Evangelista who was unknown to me so I listened to the two tracks that are on line on bandcamp, it seems a very promising album with Karl who have a very modern sound influenced by rock and experimental and the rest of the group who seems also in fine form. I can also recommend the 80 birthday concert by the Trevor Watts quartet who is available on cd and digital format here
https://sluchaj.bandcamp.com/album/the-real-intention