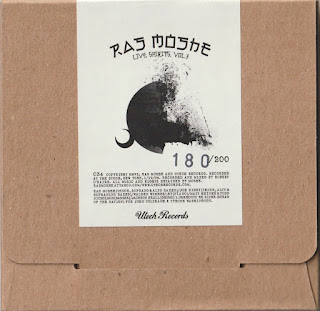 In memory of Joe Rigby.

After my preview post about Walden Wimberley some month ago I have thought to post in the future this session featuring also Wimberley but due to the passing of Joe Rigby in July it is time to post it now. Joe Rigby have played with Milford Graves in the seventies and have one record with Steve Reid (Nova). More recently he have recorded the excellent « For Harriet » for the french label improvising being in 2011 and "Praise" for Homeboy music previously also posted here. Few years before here is this session under the leadership of Ras Moshe.
One track only in a jam session style dedicated to John Coltrane and Tyron Washington.

Thank you very much!

Major kudos for an incredible contribution. 1 hour and 9 minutes of performance, wonderfully executed and documented with pristine recording quality.

@Correct Silence
Looking forward to checking this out.
Regards.