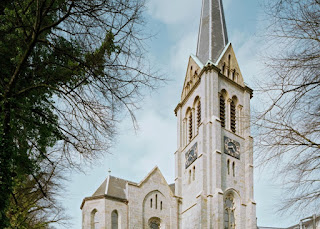 Following up my former post of the AEC in Charlottesville in 1983, here is another recording from 1995. By this time, Joseph Jarman had left the Ensemble, so they are down to a quartet. As I mentioned in my last post, the acoustics add another dimension to the music, at the Cabell Hall as well as here, and even more so here, almost prompting the venue itself to be the fifth player, although a passive one. The venue was the Immanuelskirche in Wuppertal, Germany, and from what I can see online, it is designated as a cultural centre with regular musical performances of all kinds. One could add it lends a further spiritual dimension to the music, adding to the spiritual quality that's already there. 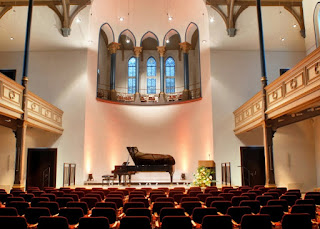 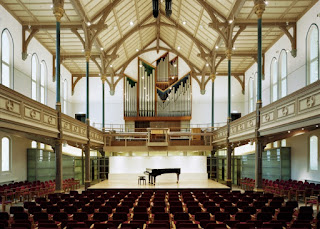 The former posting had a version of "Prayer for Jimbo Kwesi" and this one has "Song for Atala", another one of my fave AEC tunes. In the second part, you also get a portion of Roscoe Mitchell's circular breathing for your amazement.

The tracks are split in such a way so they can be easily fitted onto two cds if one so wishes.

In sum, beautiful music in beatiful surroundings. By the way, I have another recording of the AEC in the Immanuelskirche in 1990, this time with the full quintet, that I could post here if there's an interest.

Thanks for sharing kinabalu - much appreciated

Thans for this, needing an upgrade for my mp3, but my browser (Firefox) blocked the page, with a message about harmful programs..

Yes, Firefox flagged the file as "contains a virus" for me too (as does Chrome). Both due to Google Safebrowsing flagging the entire domain as a malware site. Given that there are thousands and thousands of users on Adrive its easy to believe that some number of them are posting poison files, but unless the site's delivery scripts are corrupted I figured kinabulu was no less trustworthy than ever. I jumped through the multiple "no, really" hoops and downloaded the file and checked it with both AVG and Malwarebytes before opening it ... neither of them found anything. No demons flew out of my screen when I opened the file, I ran both AVs again on the directory after unzipping it and still nothing. Might be best to post on a different [additional] service until Adrive hashes out the problem with Google.

Of course, Google may have decided to just make an executive decision to screw Adrive. I note that zippyshare disappeared from some EU countries in the last week.

Many thanks kinabalu. Never heard this one. Just started listening... A very beautiful beginning.

@nikos - firefox said the same thing to me. I just overrode it and opened it
My opinion.... Any file sharing site could be reported as malicious. It just depends on who's files you are downloading. Also I've found sites that have pop ups get flagged. Firefox might not like that adrive downloads start up automatically when you go to the page from the link. But same thing.... If you have a good idea of who you are getting the file/download from. You should be fine.
Kinabalu has only ever given me some great music :)
Peace
Thanks again K

This seems to be a problem with the Chrome and Firefox browsers. Using them at home I got the same warnings as the two of you did. However, on the office machine using the Microsoft Edge browser, there was no warning whatsoever. I may have to consider another cloud server until this thing blows over. We'll see.

Using the Safari, Firefox Focus and DuckDuckGo browsers on some other devices, there were no warnings whatsoever. In general, I would recommend using the latter two for better privacy.