Trevor Watts Amalgam - Closer to You 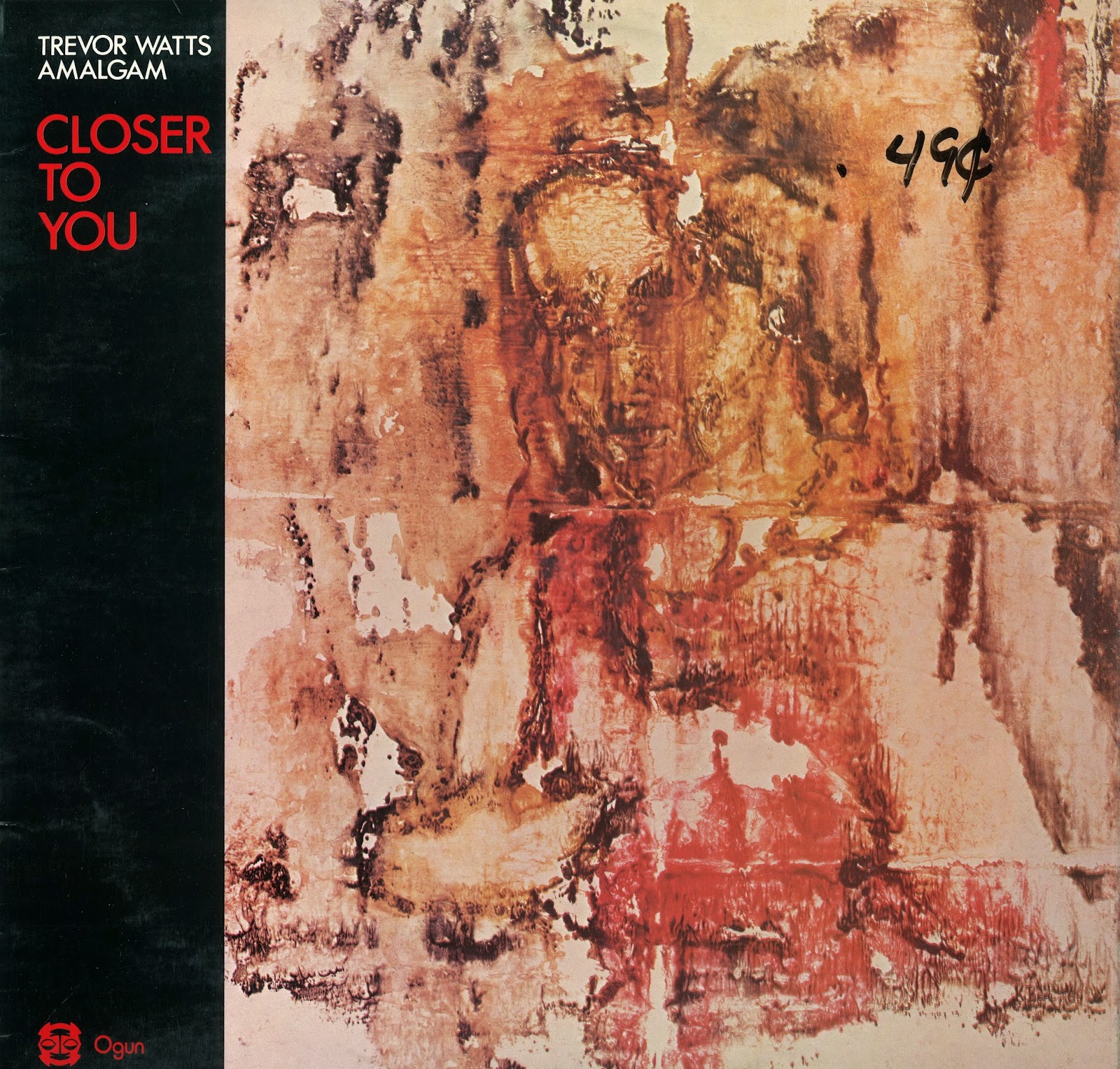 This was discreetly slipped into the contributions section a while ago by Alex in Solex. I thought that was quite convenient, because it saved me the time it would take to digitize my own copy, so basically what I've done is to add track titles, convert the files from wav to flac and scan the front and back of the album covers. Nice work, too, if I may add, so thanks to Alex for the job.

This was, I believe, the third last album Trevor Watts did with his Amalgam group, The following, "Over the Rainbow" and "Wipe Out", added Keith Rowe on guitars and were interestingly a source of imspiration for the indie rock Sonic Youth group. After that, Trevor Watts headed in a more rhytmically complex direction with his Moiré Music concept, combining jazz with African-inspired percussion and even, as has been suggested, the rigorous composition technique of Philip Glass and other American minimalists. That compositional complexity was to some degree foreshadowed by the excellent "Cynosure" by the Trevor Watts String Ensemble a few years before (1976) and released on the Ogun label in 1978. The Ensemble was a much larger group than the trio on display here. This one runs the gamut from tight funk to the more spacious improvisation of the Spontaneous Music Ensemble, with which Trevor  Watts was associated for many years. In fact, the very early Amalgam albums had John Stevens on drums and have been posted here before. This album reflects the individual personalities of the players, one coming from a jazz-improv background, one from soul and funk and one from rock and blues.This diversity shines through on this record and makes for an, shall we say, interesting amalgam. A very fine record all in all, I think and really quite accessible.

Released on the Ogun label in 1979

Thanks to both. Rare one.

Great to hear this again. Thanks to you both for sharing it.

can't begin to thank you enough for this, top of my 'wants' list for quite a while. A great album, thanks to all involved in making it available.

Thank you so much, kinabalu!

Thanks a lot. I'd love to hear Innovation by Amalgam again if anybody has it.

I've been looking for this ever since I heard it on the radio when it first came out 35 years ago. You've made my day.

good news, it is time to remove the links because it have just been re-released on cd.

Ah, that's interesting. Apparently not on Ogun as originally. The reissue adds five tracks which are previously unreleased, presumably. I may have to get this one, if only for the sake of completeness. Pretty good line-up, before adding Keith Rowe, though.