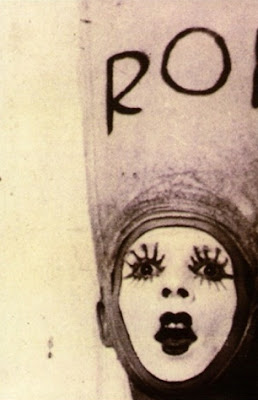 What a (big) band - but quite contraire to Globe Unity, the LJCO or Sun Ra's Arkestra. Much more restrained  in their pace but with no less power or sophistication. Their improvisations were "lower-case" before it became something like a working method for a younger generation. Some have gone in this direction quite far - hear Radu Malfatti's output for the last 15 (or more) years.

They made four recordings. One LP, which is sadly OOP and three CDs.
The last one should at least be still available > here

As far as I know Wolfgang Fuchs is seriously ill...so the orchestra is defunct.
Hope he does well.....

Thank you very much indeed. I confess that I am only aware of King Ubu Orchestru thanks to the very wonderful 'Binaurality' so this is very welcome.

Thanks for this. I think I've never heard the Orchestru -- I thought I had, but I'm pretty sure I was mixing it up with the GrubenKlangOrchestra. Looking forward to it and best wishes to Fuchs.

Quite a lineup, thanks.

Thanks Onx. I didn't know this one.

Thank you very much!

Thanks for posting! I remember the concert very well, but didn't have a recording.
John Butcher replaced Peter van Bergen, who usually played in in this line up.

The only remark I have is that my name is written wrongly as Houtcamp, it's Houtkamp. But I'm used to this mistake... ;-)

Hi Luc, thanks for your comment.
But you don't need getting too used to my mistake - I've corrected the spelling of your name...